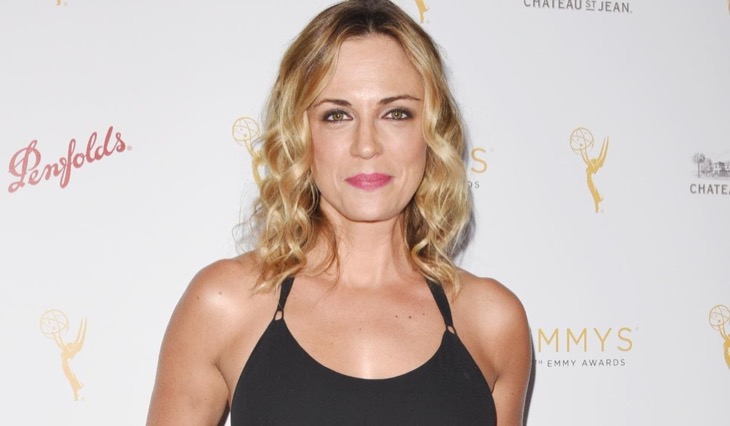 Kelly Sullivan has managed to make the transition from the small screen to the big screen in her new role opposite none other than Denzel Washington. Many fans remember Kelly from her roles on General Hospital and The Young and the Restless and now she’s showing off her talents in the upcoming film, Roman J. Israel, Esq.Kelly is best known as Kate Howard and Connie Falconeri on General Hospital and Sage Warner on The Young and the Restless. But now she’s making the jump to feature films with two very exciting movies coming up.

Kelly is best known as Kate Howard and Connie Falconeri on General Hospital and Sage Warner on The Young and the Restless. But now she’s making the jump to feature films with two very exciting movies coming up.

Roman J. Israel, Esq. stars a number of A-list stars including Denzel, Colin Farrell, Carmen Ejogo and Days of Our Lives alum Shelley Hennig. The movie is about defense attorney Roman J. Israel, who happens to be a driven character who finds himself fighting for his life and his career after a series of unexpected events. Kelly is expected to play a realtor in the movie. The film hits theaters on November 3, 2017.

But that’s not the only project Kelly has in the pipeline right now. Reports indicate that she also has a major part in the upcoming film Maybe I’m Fine. The movie is directed by Elizabeth Blake-Thomas and written by Casey Greenberg. Kelly plays a woman named Denise, who looks for help in divorcing her deadbeat musician husband. The film is expected to be released in 2018 and also stars Isabella Blake-Thomas, Rob Mayes, Flex Alexander and more.

Congratulations to Kelly! It’s without a doubt that her fans will be seeing much more of her in the future, both on and off screen. Drop us a line with your thoughts in our comments section below.

Also, don’t forget to check back with Soap Opera Spy for all the latest news, updates and spoilers on General Hospital, The Young and the Restless and all of your favorite daytime television shows right here!

The Young and the Restless (YR) Spoilers: Phyllis Holds the Key – Billy’s Future in Jeopardy