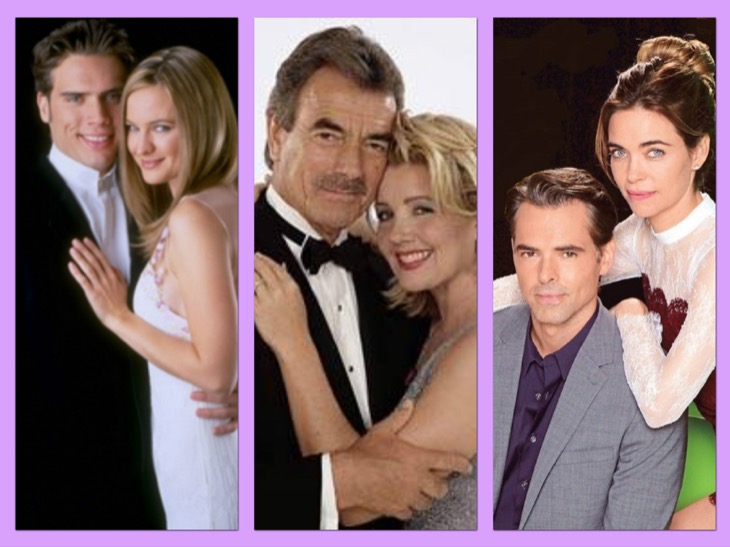 There are many current, potential and former couples on ‘The Young and the Restless’. Among all possibilities, which one-time pair should never reunite, or even entertain the soapy the thought of doing so?

As longtime Y&R fans know, ‘Niktor’ has always ended in disaster, heartbreak or some sort of measured misery for all involved. Nikki (Melody Thomas Scott) is, of course, the umpteen-time wife of the greatest goof in all of Genoa City. She’s an enabler, at times a phony’s phony and oh so icky when she’s enrapt in Victor’s (Eric Braeden) twisted twine.

As for the gray ‘Moustache’, he descended from that deranged cold cad Albert Miller who was memorably embodied by the late George Kennedy. This sour apple didn’t fall far from that poisoned tree.

Together, Nikki and Victor always drill toward the infinite depths of self-involvement. Apart, they pine for each other while claiming not to. Instead, they should just say no to another reunion.

Sharon (Sharon Case) and Nick (Joshua Morrow) were, at one time, Y&R’s most popular couple. But the mullet has also been out of style since the 1990’s.

The reason why Sharon has finally righted her life is that she’s not dependent on anyone, most especially Nick. Regaining a real sense of herself this vibrant woman has harnessed her mental health issues, become a consistent role model for her children, owns and is running ‘Shick’s’ one-time coffee house Crimson Lights, is enrolled in college classes, volunteers at the Crisis Center and is building a relationship with Scott (Daniel Hall). If he doesn’t work out, there are and will be plenty of other guys in Genoa City, assuming Sharon wants to be with someone.

Nick is at war with his dad, again. He’s convinced himself that Chelsea (Melissa Claire Egan) is trustworthy when she’s not. The Christian (Jude and Ozzy McGuigen) paternity issue proves that.

Nick also just pledged his fortune away, in order to get back at Victor. That point proved that he’s still a reactionary. Sharon, stay away from him.

Related: The Young And The Restless News: Lauralee Bell Gets A New Job

The many incarnations of ‘Villy’ have included Amelia Heinle as Vickie and four male actors as ‘Billy-boy’. That’s exactly who the second-half of this couple is, a chronological man who’s controlled by a boy’s brain and resulting impulses.

Billy destabilizes everyone, including Vickie, when he’s with her. Vickie hasn’t had sustained success with personal relationships lately. But at least she has a chance at happiness when she takes her dad’s advice and avoids Billy.

In contemplating the choices shown above, it’s possible that fans might decide that each duo would be toxic and must not reconcile. Thus, the circle aside of the ‘All of the above’ option could be a popular choice.

Fans of ‘The Young and the Restless’ rightfully express their opinions on a regular basis. So, which couple cited above should never get back together? Please vote in our poll below!