The Young and the Restless (YR) Spoilers: A Shot Rings Out – Zack Was A Solid Villain 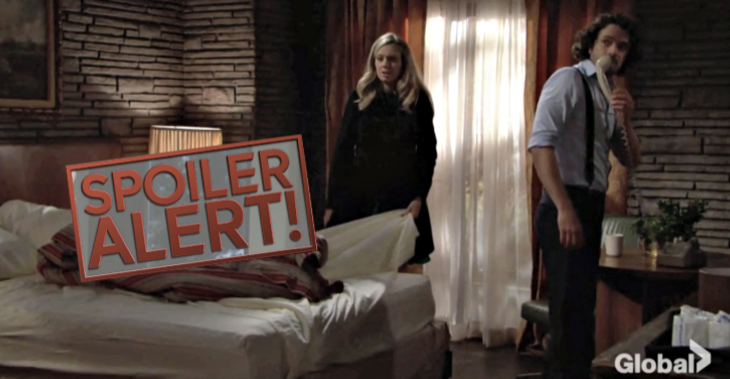 Zack (Ryan Ashton) arrives with a gun on ‘The Young and the Restless’. Devoted soap fans knew that this villain hadn’t been written out just yet. Then a shot is fired, as the lives of Abby (Melissa Ordway) and Scott (Daniel Hall) are threatened.

It’s easy to project the exit of Zack, in some fashion. The resolution to the trafficking ring arc surely will find Abby and Scott living past Zack’s demise, departure or disappearance. But a question remains – Was Ashton’s character well-written?

Related: The Young and the Restless (YR) POLL: Who Is 2017’s Most Detestable Character?

Y&R established cover for Abby’s apparent naivete by having Victor (Eric Braeden) accept Zack’s place in his company, if not in his daughter’s life. Earlier scenes, dating back to the summer, showed Victor’s misgivings about Abby’s latest choice of boyfriend. However, this fall the ‘Moustache’ was very pleased with the profits Design Date was generating for Newman Enterprises.

It can’t be said that everyone else saw Zack as a villain and that Abby was blinded by love and Victor by money. In fact the opposite was true, as even Tessa (Cait Fairbanks) was fooled. She knew and worked for him in Chicago, yet came to believe that he’d changed. It was only the Crystal (Morgan Obenreder) revelation that resurrected Tessa’s earlier feelings about Zack.

One weak plot point connected to the Zack character involved Ashley’s (Eileen Davidson) seeming neutrality on her daughter’s love interest. Davidson’s character has been distracted by various personal issues this year, including Dina (Marla Adams), but generally would have been the person who first spotted inconsistencies in Zack’s demeanor. Y&R seemingly made a strategic choice to keep Ashley away from Abby in order to allow this storyline to unfold as it did.

Savvy viewers could see the growing interaction between Abby and Scott as time passed. As Zack’s arc played out it seemed as though Scott would serve as Abby’s confidant and he did.

LOVE Y&R?  SUBSCRIBE TO OUR THE YOUNG AND THE RESTLESS NEWSLETTER, HERE!

An interesting development was seen during the climax to this storyline; Scott had flashbacks while trapped in the storage unit. That afforded Abby an opportunity to comfort and protect him. What results from their romantic encounter should prove intriguing. But as dramatic events conclude kudos is offered to Y&R’s past writing regime for creating a believable bad guy and to the current writer’s room for bringing this arc home.

The Bold and The Beautiful Jacqueline MacInnes Wood Has Exciting News!