The Young and the Restless (YR) POLL: Who Is 2017’s Most Detestable Character? 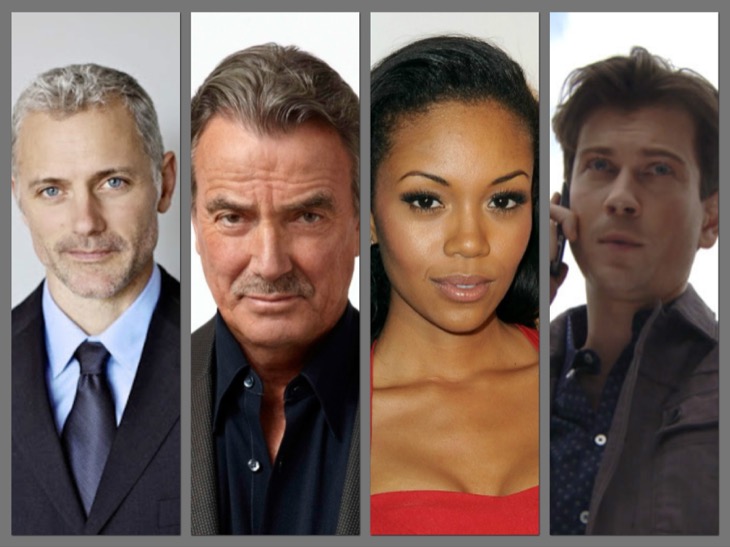 All who are anti-‘Moustache’ will vote Victor (Eric Braeden) on this ‘The Young and the Restless’ poll. He always does something horrible to family, so-called friends and random strangers. But that fruit hangs low Y&R fans.

Yes, there’s more than a month to go in this calendar year. But enough script sample size exists for us to dig deep into our minds and decide who else was the most detestable character in Genoa City in 2017?

Juliet (Laur Allen) has already passed on. While some may not like to speak ill of this write-out, others will say why not?

Related: The Young and the Restless (YR) Poll: How Will Zack Be Written Out?

There are viewers who believe that Juliet was fully, or mostly responsible for Cane’s (Daniel Goddard) troubles, Lily’s (Christel Khalil) pain and a stream of other moral crimes. Now Juliet’s gone and some are gleeful, though they likely won’t tell that to her son, Sam.

Dina (Marla Adams) has been trouble since she arrived in River City, uh Genoa City. The old Western movie reference was a wink at the type of wrecking ball character she’s played.

Zack (Ryan Ashton) is a creep’s creep. He lied to Abby (Melissa Ordway) about his dating app, that was actually a front for his trafficking ring. Now, he’s taken the woman he claims to care about hostage.

Tessa (Cait Fairbanks) confided in the man she once worked for in Chicago. Zack two-faced Miss Porter while he was exploiting her sister, Crystal (Morgan Obenreder). And then there’s poor Scott (Daniel Hall) who’s been framed for the murder of Natalia (Tina Ivlev) that Zack order. If Mr. Stinnett isn’t the most detestable, then who is?

Well, Hilary (Mishael Morgan) does deserve at least two paragraphs. She exited ‘Hevon’ intent on creating a new life for herself, but hasn’t often lived up to the promises she made to Devon (Bryton James) about trying to live a better life. Unlike Zack, Hilary attacks many people who she’s known (closely) for years.

The owner of GC Buzz uses modern media power to damage lives, while promoting her most favored cause, Hilary. Recently, she decided to go easy on the power players in Genoa City. That was done in order to gain allies. Jordan (Darnell Kirkwood) wasn’t seen as a member of that club and had his reputation destroyed by the woman who supposedly wanted him just weeks ago.

Dishonorable mentions also go to Cane for stealing the twin’s school fund to pay a blackmailer and Chloe (Elizabeth Hendrickson) for conking Chelsea (Melissa Claire Egan) on the head and escaping justice.

Fans of ‘The Young and the Restless’ rightfully express their opinions on a regular basis. So, which character listed, or one that wasn’t, is the most detestable Genoa City resident in 2017? Please vote in our poll below!