The Young and the Restless (YR) Poll: How Will Zack Be Written Out? 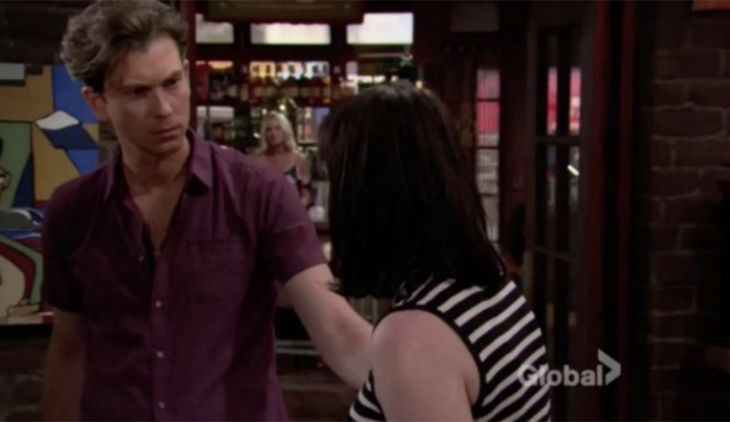 Zack (Ryan Ashton) is a monster on The Young and the Restless . That’s a wink at Halloween week. It’s also a genuine declarative statement, as Scott (Daniel Hall) now knows. So, how will Zack be written out as this storyline moves toward its inevitable conclusion?

It seemed like this arc was veering in a different direction. Zack set Scott up as Natalia’s killer (Tina Ivlev), left Abby (Melissa Ordway) a breakup message via voice mail and appeared to be leaving town.

Paul (Doug Davidson) happened to catch Zack before he left. Mr. Stinnett was questioned and that seemed to be that. But then the script turned to the next day in Genoa City.

Abby forgave Zack after he arrived at the Tack House. Yes, he hadn’t left. ‘Zabby’ can’t possibly be a longterm Y&R couple. Viewers know that Ordway’s character is destined to be crushed whenever she learns about her boyfriend’s past and present actions.

Like Scott and Abby, Sharon (Sharon Case) is also in danger. Scott’s girlfriend knows the real story and shared that information with Tessa (Cait Fairbanks). The fans finally learned what Miss Porter’s connection was to Zack. She worked for him at his parlor’s in Chicago, but never broke the law. Paul needs to be told that news as soon as possible.

Victor (Eric Braeden) spoke with Zack at Crimson Lights, but wisely didn’t reveal that he knew his backstory. Scott felt he’d passed Victor’s latest test, but then had odd interactions with Tessa and Sharon. Zack later saw Scott at the GC Athletic Club and told him to stop smearing him, or else.

Scott feels lost because he knows there’s no existing proof that supports his belief that Zack is the head of the trafficking ring, ordered Natalia’s murder and set him up to take the fall. That’s one reason why Hall’s character didn’t respond when Zack implied that something would happen if he kept pushing.

Ashton’s character isn’t a major player on Y&R, which means that he could be written out at any time. Will executive producer and head writer Mal Young allow Zack to leave town, as almost happened? Might Scott, Victor or his minions produce evidence of Zack’s connection to the ring, or to Natalia’s death? Could Zack take Scott, Sharon, Tessa, Abby or someone else hostage after he’s fully exposed? Might Zack simply be arrested and put in jail, or will he be killed off?

Fans of ‘The Young and the Restless’ rightfully express their opinions on a regular basis. So, how will Zack be written out of the show? Please vote in our poll below!