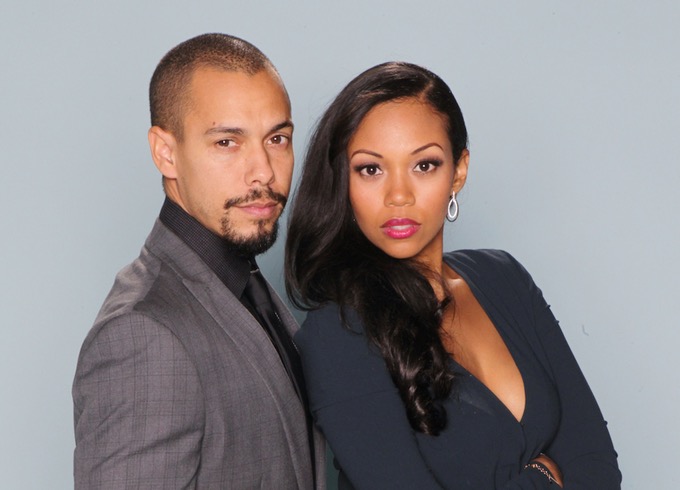 Devon (Bryton James) and Hilary (Mishael Morgan) made a hard decision on ‘The Young and the Restless’. Genoa City wasn’t witness a verbal blood bath this time, instead a heartfelt one-on-one private talk brought a seeming end to ‘Hevon’. Quite the couple at one time, Devon’s signature on a languishing divorce document may have ended this rocky run.

Personality types often attract, or repel each other based upon the people involved and circumstances presented. Devon was non-controversial and caring until a few years ago. Hilary descended upon Wisconsin like a vengeful tornado, intent on destroying the Winters’ family. For awhile she succeeded.

If ‘Hevon’ is truly being written out then it’s fair to present a critique of one of Y&R’s more earnestly promoted pairings in recent years. Sally Sussman and her writing staff were gifted this duo from the last regime. While a variety of their storylines can arguably be tagged as misguided, this particular arc was also electric.

Related: Ravi Enjoys a Night at the Opera with Ashley – Cane Questions Juliet – Lily’s Stalker Won’t Give Up

Passion drives a segment of soap stories. That’s why the contingent of fans who claim they will never watch Y&R again if ‘Hevon’ is obliterated help to confirm that James and Morgan scored with their excellent collaborative efforts.

Kudos is also offered to the former writing team that created the bulk of this couple’s history and to Sussman’s current contingent that has carefully written this apparent agreement to divorce. The dissolution felt real, wasn’t pushed to a quick end and hit various notes softly, which was surely familiar to many viewers in the audience who have unfortunately experienced similar circumstances in their own lives.

Y&R fans should also be encouraged to see where Devon and Hilary go from here. Will Jordan (Darnell Kirkwood) become involved with Hilary, therefore likely expanding this new character’s role on the show? Hopefully that is the case, as Kirkwood has quickly fit into the cast.

Will Devon explore a new personal path, possibly one that doesn’t involve a new romantic interest. Elements of his backstory could be explored, or a different direction could be taken entirely. With whatever happens to each half of ‘Hevon’, the current writing staff has exhibited an ability to create believable storylines that solid actors like James and Morgan will continue breathing great life into consistently.

Days of Our Lives Spoilers: The Johnson Family Grows – Steve’s Son Tripp Shows Up In Salem