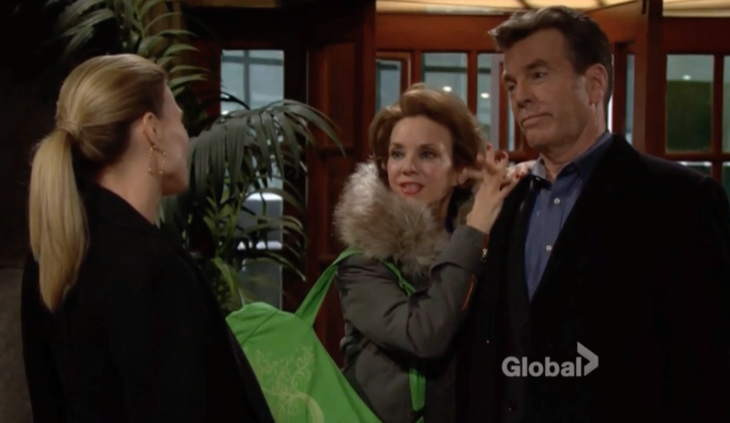 “The Young and the Restless” spoilers for Monday, January 23, tease that Neil (Kristoff St. John) will get updates from Devon (Bryton James). At the penthouse, Neil learns that Devon threw Hilary (Mishael Morgan) out. Devon gripes about being kept out of the loop on what really happened. Neil explains that they were told to stay quiet. They didn’t want to go against Stitch’s (Sean Carrigan) orders.

At the athletic club, Lily (Christel Khalil) gets some big news from Hilary. She’s happy to hear that Devon recalled the night of the crash. Hilary insists that Devon seems like he’s in shock. She’ll urge Lily to make sure he’s OK.

Lily joins Devon and Neil’s discussion. She suggests that ending his relationship with Hilary is for the best, but Neil doesn’t think Devon should rush into a divorce. Later, Hilary stops by and admits her behavior was inexcusable. She promises she won’t fight him on this breakup. Hilary loves Devon enough to let him go.

Neil and Lily talk about Devon’s crisis at Top of the Tower. He feels like Devon needs to mull everything over. Otherwise, his doubts will lead him right back to Hilary. Y&R fans will be anxious to see how the rest of the story plays out.

Back at the club, Phyllis (Gina Tognoni) spots Jack (Peter Bergman) and grills him about why his was with Gloria (Judith Chapman) last night. Jack lies that they were on a date as Gloria walks over. She calls Jack a tiger and says she can’t believe Phyllis let him get away. Phyllis stomps off in disgust.

Jack runs into Hilary moments later. She notes that she tried to come clean, but she ran into some problems. Now Devon’s memory has returned and it’s too late. Jack thinks Devon will soften toward her eventually. He offers hope, but Hilary isn’t convinced.

Elsewhere, Lauren (Tracey E. Bregman) gets a call from Craig (Kristian Kordula). She’s bummed when he states that he’s going with a competitor instead. Phyllis arrives and rants about Jack’s new fling. Lauren fills Phyllis in on the latest investor snag. She fears Jack may be their only choice now.

Phyllis and Lauren later learn that Craig invested in Jabot. They confront Jack and rage about his sabotage. Phyllis argues that Jack is plotting a takeover, but he denies it. He says he wants to collaborate. Lauren suggests Jack should show her a contract. She doesn’t think he can be trusted, but she has to put Fenmore’s first.

Other “Young and the Restless” spoilers say Paul (Doug Davidson) will grow concerned about Dylan (Steve Burton). At the police station, Kevin (Greg Rikaart) fears that something may have gone wrong. Dylan was supposed to meet Fisk (Scott Speiser) 12 hours ago and they still haven’t heard anything from him.

Kevin pulls up an audio file and they hear the location Dylan was headed to. Paul insists they have to get Dylan out of there. He wants to contact the local authorities so Dylan’s phone signal can be tracked. Christine (Laralee Bell) isn’t sure that’s the right move. If Dylan’s cover hasn’t been blown, Paul could be making things worse.

After some bickering, a call comes in for Paul. He hears that blood and bullet casings were found at the warehouse. Paul and Christine hold each other close. Another call comes in on a secure line, but there’s only silence on the other end. Kevin agrees to trace it and Paul heads to Miami to figure this out for himself.