‘The Young and the Restless’ Spoilers: Sharon Demonstrates Strength Again – Discusses Odds Of A Nick Reunion 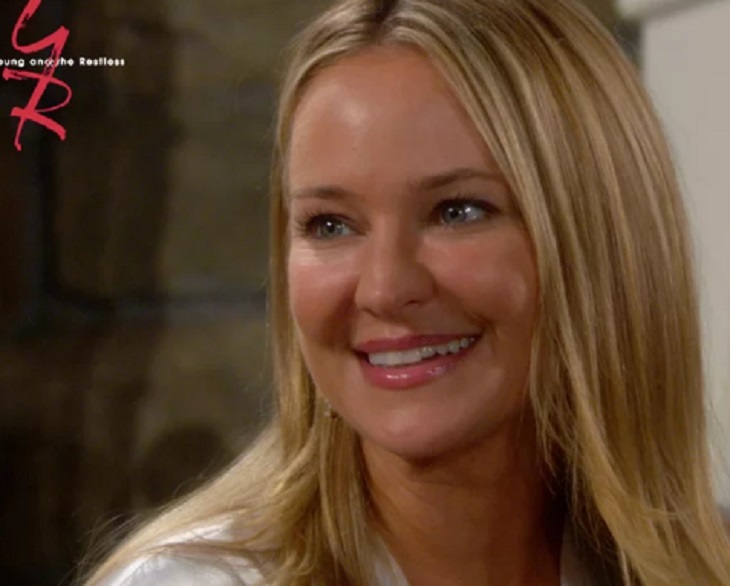 Sharon (Sharon Case) is making great progress on ‘The Young and the Restless’. More than a month after her husband left she hasn’t broken down, instead she’s gained strength through self-reflection. Now, as Faith (Alyvia Alyn Lind) makes another pitch for her parents to reconcile, Sharon has addressed those understandable hopes with honesty.

Sharon cares about Nick (Joshua Morrow), but isn’t in love with him. She’s worked hard to arrive at a place in time where running the coffee house and working for Nikki (Melody Thomas Scott) on her non-profit women’s agency makes sense. Reforming ‘Shick’ isn’t the path she wants to take.

People who group others into rigid categories don’t believe that all men, or all women are equal. Yes, this scribe was referencing true believers who live inside both walled-off camps. Both sexes have the capacity to achieve similar outcomes when the playing field is leveled. Those who argue against the openness in this paragraph refuse to acknowledge the realities of today’s world.

Case is a great actor whose two decade-plus career on Y&R speaks for itself. As far as her character’s efforts, Sharon has lived through meaty arcs and others that were lacking in nutrition. It appears as through Sally Sussman has decided to revisit Sharon’s earlier years where she was a real person.

Are there people in the real world like Sharon? Of course viewers might find comparable souls within their own worlds. But this particular Genoa City character was mishandled in recent years. Sure, she could have taken soapy detours. But to always have Sharon play the goof went against her deeper history. And chalking those actions off (yes, chalking off, like a crime scene) to her bipolar disorder was a writer’s room excuse.

The Sully-is-Christian (Jude and Ozzy McGuigen) storyline felt repetitive from the jump because, once again, Sharon was the irredeemable villain. As with many unwatchable horror movies, the lead character(s) have many common sense opportunities to avoid or resolve their problems throughout the plot. But those perpetually naive people never learn from their mistakes and almost always end up fueling danger, destruction and death.

Sharon Collins (her maiden name for newer viewers who might not be aware) isn’t weak circa 2017. She’s her own person. And that perception offers opportunity for solid storylines this year.

Days of Our Lives News: Famous Actor Set to Arrive In Salem

The Young and the Restless Spoilers: Ashley Takes Charge Of Jabot, Will she Push Her Brother Jack Out Of Family Business?