‘The Young and the Restless’ Spoilers: Phyllis and Ashley Clash – Ravi and Jack Linked To Fight 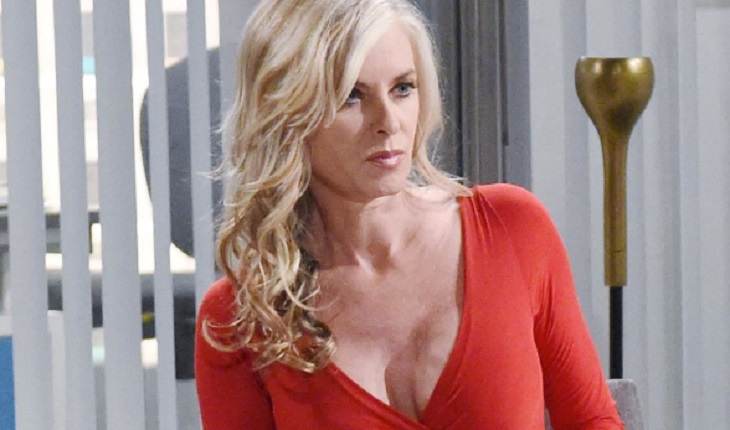 Phyllis (Gina Tognoni) has long known that Ashley (Eileen Davidson) doesn’t like her on ‘The Young and the Restless’. But she was able to deal with it during her marriages to Jack (Peter Bergman). While ‘Phack’ is linked to their current conflict, Ravi (Abhi Sinha) has also been drawn into the mix. Both matters are causing these ladies to clash.

Ashley is very territorial when it comes to her family and her family’s business. Many people are that way, so that’s not the main issue in this situation. Instead, Miss Abbott believed that the former Mrs. Abbott had finally moved on and she had.

Jack’s zeal in acquiring Fenmore’s, which led to a less-than-desired 49 percent stake, also resulted in Phyllis being drawn back to Jabot and also back into the Abbott’s personal lives. Combine that point with the collaboration that Lauren (Tracey Bregman) and Jack want between Phyllis and Ravi. Yes, that’s why Ashley is understandably been irked.

The odd Valentine’s Day pairing between the two referenced two teckies was purely platonic, which Ashley questioned in order to confirm. She had a long heart-to-heart with her much younger protege, who has a serious crush on her. Ravi’s boss concluded that Phyllis wasn’t on his romantic radar, yet she’s still frolicking about the Jabot building each work day. That means Ashley sees her as a threat to business matters and possibly, to reconnecting with Jack.

An argument can be made that ‘Phack’ was flawed since Michelle Stafford first brilliantly embodied this great character. A counter could also be offered that places Jack’s soul with Phyllis indefinitely, regardless of what anyone else, including Ashley, chooses to believe.

Related: Cooking with the Young and the Restless

Leeway is being given by a segment of the audience that believes co-executive producer and head writer Sally Sussman is delivering on her promise to restore Y&R to must-watch soap status. The consideration given regards Davidson’s character seeming out of place in fretting too much about 30-something Ravi and Jack’s love life issues.

Hope for a stronger version of Ashley remains. First, encourage Ravi to get a girlfriend in his own age range. Then, stop telling Jack to stay away from Phyllis. ‘Jackie-boy’ is so strident that he could easily move closer to his ex-wife simply to spite his sister. How Gloria (Judith Chapman) might react to that choice is another point of genuine storyline strength.