‘The Young and the Restless’ Spoilers: Sharon and Nick Are Friendly Again – Cassie Flashback Creates An Opening 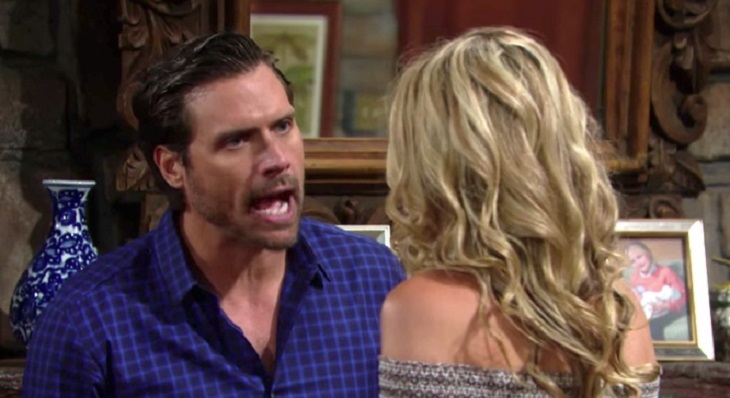 How about a compromise on ‘The Young and the Restless’? Instead of Sharon (Sharon Case) and Nick (Joshua Morrow) being at odds, or going in the other direction and becoming involved again, why not just have them be friends indefinitely? An audience split appears to have developed through the years, as there is no solid majority that either wants ‘Shick’ reunited, or apart forever.

A Cassie (Camryn Grimes) flashback was nicely woven into a scene at Crimson Lights this week. Sharon and Mariah (also played by Grimes) were at the fabled coffee house that has now reverted to the soon-to-be-former Mrs. McAvoy.

Sharon recalled an incident where Cassie was talking with her parents about the property they owned. She was supportive of their endeavor and ‘Shick’ was seen living through their glory days once more.

Any warm-hearted Y&R fan who witnessed the Cassie arc play out is always touched whenever that character is shown with Sharon and Nick.

The return of Grimes to the show has helped to heal the wounds that were created by the deeply controversial decision to kill Cassie off in 2005. But some have longed for Sharon and Nick to reunite as well.

What if ‘Shick’ could come to represent the 2017 version of a nice pair of people who are parents to two children and platonically fond of each other? It would be both refreshing and believable to think that these 40-ish characters could arrive at a lasting detente, while also having separate romantic lives.

Sally Sussman and her team has performed well during the two-plus months since their episodes first aired. Demonstrated efforts to deliver great soap have already been seen many times.

History is meaningful to devoted viewers who know what works and what’s possible. Regardless of what side one is on, if one is on any side at all, seeing Sharon and Nick get along with each other would honor the past and afford new storyline opportunities for these terrific actors and the characters they’ve played since 1994.

‘The Bold and the Beautiful’ Spoilers: Ivy Considers Blabbing About Kiss, Ridge Says Leave It Alone – Bill Plots to Bring Down Spectra