‘The Young and the Restless’ Spoilers: Paul Struggling With Guilt – Is He Partially To Blame For Dylan’s Exit? 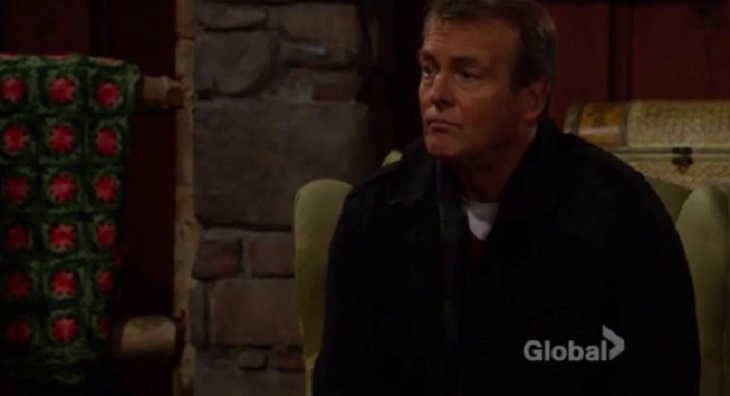 Paul (Doug Davidson) was torn from the beginning on ‘The Young and the Restless’. He and Christine (Lauralee Bell) were both conflicted about allowing Dylan (Steve Burton) to go undercover in Miami. While his efforts netted a major drug dealer, Dylan’s subsequent disappearance is naturally devastating.

It was a proud day and one that was filled with generational history, when Dylan first told his biological father that he wanted to become a police officer. Following in Paul’s footsteps, just as Paul had followed in his father’s (Carl, later known as Jim Bradley). Both characters were played during different time periods by Brett Hadley, who was last seen on Y&R in 1999.

All went well for Dylan until a stunning personal matter shattered his world. Sharon (Sharon Case) withheld information about a child, believed to be their own, that crushed Dylan’s self-perception. The world-altering Christian (Jude and Ozzy McGuigen) reveal changed many lives dramatically, no one more so than Dylan’s.

Dylan is a standup guy. So he didn’t cast off his wife and ‘Shylan’s’ stuck together. However, Dylan was collapsing internally and chose to use work as a distraction to handle his feelings. Dylan’s intentional choice of his undercover job was intended as a way to get back on track, which wasn’t a wise choice due to his particular profession.

When questioned, Luther Fisk (Scott Speiser) told Paul that he did speak with Derek Young (Dylan’s alias). However, this criminal lied when he also said that he didn’t know what happened to him after their meeting. As viewers know, Mr. Fisk instructed his muscle man to take care of Derek, who was last seen being driven somewhere in a locked car.

There’s no going back at this point. Christine described the bracelet Dylan was wearing, which Paul held while he spoke with his wife on the phone. It appears as though Burton’s character’s fate was sealed, like the aforementioned transparent evidence bag, in some yet to be explained fashion.

The Young and the Restless: Mary Tyler Moore Created Ripple Effect – Strong Female Projected Through Many Characters On Y&R