‘The Young and the Restless’ Spoilers: New And Improved Sharon Debuts – Dylan’s Exit Proves Sharon’s Stronger Than Ever 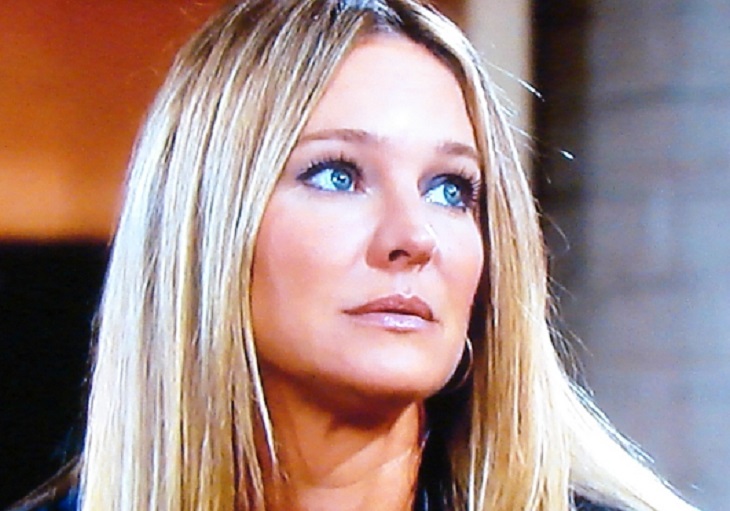 Launching the element of surprise on unsuspecting viewers is one of the things that soap operas do best. So when, “The Young and the Restless,” chose not to send Sharon off a cliff after Dylan exited, it was a huge shocker. Huge.

Didn’t everyone think that 2017 would be the Year of Crazy Sharon’s Umpteetnth Meltdown? I know I did; good thing I didn’t make a prop bet in Vegas.

When soap veteran Steve Burton announced that he was bowing out after serving a three-year stint as Dylan MacAvoy, social media blew up speculating about Shylan’s demise. What ambitious, larger-than-life send-off would TPTB cook up to send off a soap legend of Burton’s caliber?

Prior to his arrival at Y&R, fans had an unabashed love affair with Burton’s iconic portrayal of Jason Morgan on ABC’s historic soap, “General Hospital.”

Although fans didn’t gravitate to Dylan like they did to, “Stone Cold,” he was a solid part of the show. When Sharon’s baby deception shattered Dylan’s world, he accepted a special police assignment in order to put distance between him and Sharon, and to deal with his grief.

Unfortunately for the heroic Gulf War vet, the assignment went sideways, and he was forced to go into hiding to save his life and protect his loved ones. Everyone in Genoa City (and watching at home) braced for the inevitable: Sharon’s re-admittance to Fairview Psychiatric Facility.

But miracle of miracles, Sharon didn’t buckle or break. Instead, she bent and then sprang back up recommitted to life, her family, and herself.

Sure, there were a few dicey moments, like when she poured a pitcher of milk over Dylan’s mom’s perfectly coiffed hair-helmet.

But in the end, Sharon and Dylan’s mom Nikki (Melody Thomas Scott) forged a truce and together they are working to heal their grief by opening a woman’s shelter.

No histrionics, no breakdowns, no oh-so-predictable mental collapses for the former Queen of Drama. On Y&R Sharon MacAvoy has finally grown up, and Sharon Case has a strong, if surprising, storyline worthy of her talents.