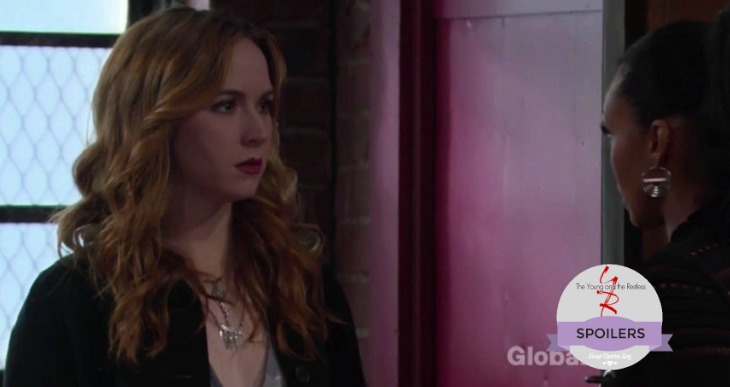 “The Young and the Restless” spoilers for Monday, March 20, tease that Neil (Kristoff St. John) will sit down for an important meeting with Ashley (Eileen Davidson). She’ll mention a business opportunity that Neil might be interested in. After Ashley provides the details, Neil’s response will surprise her.

Monday’s Y&R preview video shows Neil saying, “I think you want to take over and would like for me to go behind your brother’s back and help you pull it off.” Ashley might confess that she’d like to knock Jack (Peter Bergman) off his throne. She believes his tactics are impulsive and dangerous.

Ashley obviously feels like she’d be a much better leader for Jabot. Of course, Neil will have a big problem with tricking Jack. They’re good friends and it’s tough to consider breaking his trust. However, Neil might decide that Ashley has a point. Jack just hasn’t been himself since Phyllis (Gina Tognoni) and Billy’s (Jason Thompson) affair blew up.

If Neil agrees to pitch in, he might be able to settle Jack down. Then again, this whole plot could backfire. Jack could truly spiral out of control. While Neil mulls over Ashley’s proposal, Hilary (Mishael Morgan) will come up with one of her own. She’ll pass along a proposition to Mariah (Camryn Grimes) in Monday’s episode.

“The Young and the Restless” spoilers say Hilary will still have the divorce settlement on her mind. She’ll urge Mariah to help her get Devon (Bryton James) on board with her plan. All Hilary is asking for is complete ownership of GC Buzz. Since Devon is apparently dragging his feet, Hilary needs Mariah to talk him into it.

Will Mariah go along with this idea? She’ll undoubtedly protest when she’s asked to manipulate Devon for Hilary’s benefit. Mariah should be in a pretty tight spot. Refusing to help a schemer like Hilary can come with risks. “The Young and the Restless” fans realize what she’s capable of.

Mariah could lose her cohosting gig if Hilary somehow manages to convince Devon anyway. As soon as Hilary takes over, she could kick Mariah to the curb. Nevertheless, Mariah won’t know if she should try to influence Devon’s decision. She really doesn’t want to get involved in this mess.

Elsewhere, Colin (Tristan Rogers) will discover that Jill (Jess Walton) may finally be ready to forgive him. They’ll hash things out and decide where they stand. Will these two find a way to reconcile? We’ll give you updates as more news and rumors emerge. Stick with Y&R and don’t forget to check Soap Opera Spy often for the latest “Young and the Restless” spoilers, rumors, updates and news.

‘The Bold and the Beautiful’ Spoilers: Katie Refuses to Back Down, Insists Brooke Should Confront Ridge – Quinn Worries She’ll Lose Eric