‘The Young and the Restless’ Spoilers Monday January 30: Paul Shocks Nikki and Sharon – Lauren and Phyllis Live It Up – Jack Admits True Motive 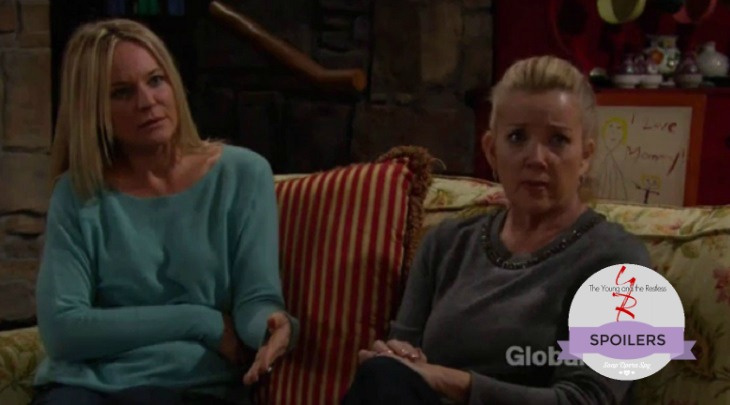 “The Young and the Restless” spoilers for Monday, January 30, tease that Nikki (Melody Thomas Scott), Paul (Doug Davidson) and Sharon (Sharon Case) will try to figure out what’s next. They faced a crushing blow when Dylan (Steve Burton) left. His departure will leave them struggling to cope.

Paul will want to make sure they get their story straight. No one can know the truth about Dylan entering the witness protection program. With that in mind, Paul will come up with a reasonable lie that they can sell to the rest of Genoa City.

Sharon will quickly realize where Paul is going with this. He’ll urge her to tell everyone that she’s the reason Dylan left. Nikki will be stunned by the suggestion. She’ll ask Paul if he’s certain there isn’t another way. Paul will likely point out that this is the most plausible story they can offer.

Sharon has been facing questions about her marriage lately. People seem to think Dylan and Sharon haven’t been on solid ground anyway, so this narrative won’t be difficult to believe. Sharon can simply state that Dylan couldn’t get past her lies about “Sully.”

Nikki may not like the fact that everyone will think Dylan abandoned Sharon. Even though she’s not Sharon’s biggest fan, Nikki won’t approve of how this makes her look either. Nikki won’t want Sharon to suffer any more than she already has. However, Y&R viewers know Sharon will do whatever it takes to keep Dylan safe.

Other “Young and the Restless” spoilers reveal that Nick (Joshua Morrow) will emcee at a huge party. Plenty of guests will come to The Underground for a good time. Phyllis (Gina Tognoni) and Lauren (Tracey E. Bregman) will get in on the fun. They’ll be celebrating their victory over Jack (Peter Bergman).

Related: Lauren Should Be Thanking Gloria Instead of Scolding Her – Sabotage Is Disguised Gift

Meanwhile, Ashley (Eileen Davidson) will pester Jack about getting himself backed into a corner. She’ll wonder why Jack insisted on securing this deal. He could’ve just walked away when it became such a hassle. Now that he’s been forced to renegotiate, there probably isn’t even that much of a benefit for Jabot.

Jack will drop a hint and Ashley will note this was about Phyllis, not Fenmore’s. Jack will admit that’s the case. What else does Jack have in store? We’ll give you updates as other “Young and the Restless” news and rumors emerge. Stay tuned to Y&R and don’t forget to check Soap Opera Spy often for the latest “Young and the Restless” spoilers, rumors, updates and news.

‘The Bold and the Beautiful’ Spoilers: Katie Suspicious of Quinn And Ridge, Fills Pam In On Shady New Friendship – Wyatt and Liam Call Truce