The Young and the Restless Spoilers: Juliet Makes Next Move – Cane Pushed Past Lane 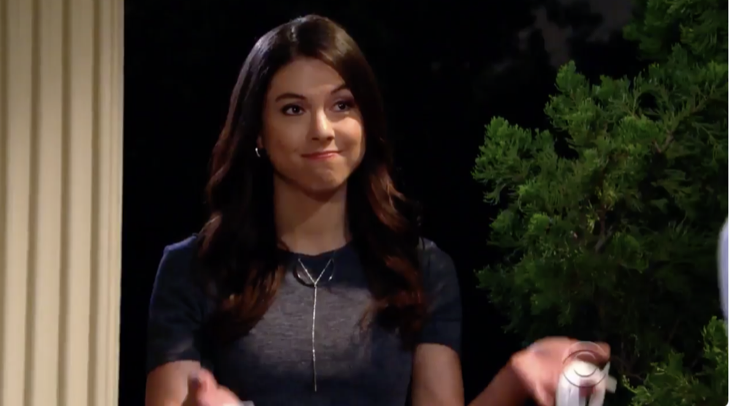 Juliet (Laur Allen) appears to be genuinely in love with Cane (Daniel Goddard) on ‘The Young and the Restless’. That’s why she’s happy to be having his baby. As for the man in question, he may be forced to move past ‘Lane’.

Viewers haven’t been provided with enough information about Juliet’s backstory. They don’t know what any recent romances involved. So they don’t know if she targeted Cane from the beginning. However, it’s seems possible that Tokyo happened and Allen’s character developed her feelings from there.

Y&R fans do know Cane’s history. He’s loved Lily (Christel Khalil) for a long time, married her twice and wants to keep her finger ringed. Whether that’s possible is a real question as the summer ends.

Mrs. Ashby is seriously conflicted at the moment. She’s trying to determine if the story she shares with Cane and the SORAS’d twins are enough to keep ‘Lane’ alive. Jordan (Darnell Kirkwood) also recently shared his feelings with her and is waiting for Lily to let him know when they can move forward.

Juliet and Cane now share a son. The life that’s developing inside Juliet can’t be denied by anyone. Both characters are rightfully taking the coming birth of their child seriously, which is exactly what every rational person should do in all instances where a defenseless human being is concerned.

Cane’s life will be permanently altered when this baby arrives. He’s currently convinced himself that his connection with the twins won’t change. That’s true on a certain level. But both teenagers are mostly self-sufficient, whereas his second son and Juliet will need and deserve his undivided attention in the coming months.

Related: The Young And The Restless Spoilers: Nick And Nikki Attack Victor Again – Faith Didn’t Need To Know About Ouster

Juliet’s initiation of a kiss and the developing bond she’s trying to form with Cane may signal the next step in their relationship. Along with whatever Lily decides, Cane’s receptivity to Juliet will help to determine whether ‘Jane’ forms and then endures. ‘Lane’ had a two-part run, but is hardly guaranteed to survive.

The Bold and the Beautiful Spoilers: Courtney Hope Dishes On Filming The Spectra Fire, Injuring Herself And More