‘The Young and the Restless’ Spoilers: Jack Seeks Revenge On The Ice – Billy Is the Target 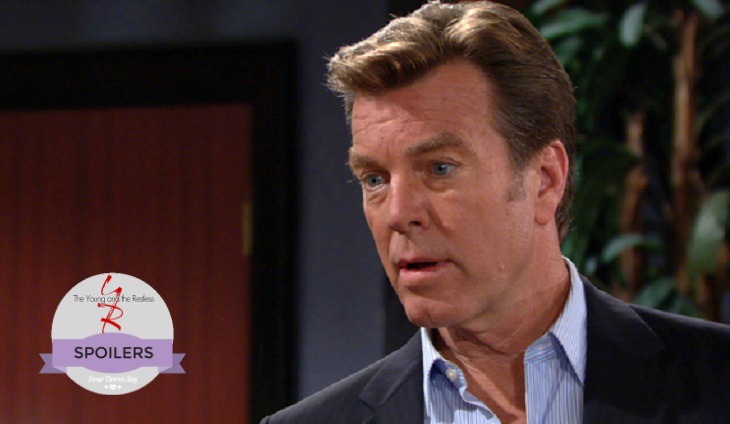 Jack (Peter Bergman) never seems to learn on ‘The Young and the Restless’. While it would be unfair to suggest that he overlook Billy’s (Jason Thompson) infinite indiscretion, holding onto a grudge is wrong. Rather than move on with his life, the aptly nicknamed ‘Jackie-boy’ wants to fight with his brother.

‘Phack’ is gone, but so is ‘Philly’. Did Jack’s relationship tear with Phyllis (Gina Tognoni) mimic similar flaws that Billy’s relationship fizzle with Phyllis exhibited? Comparing many years of marriage to a handful of months isn’t the issue. Instead contrasting the brother’s personalities and Phyllis’ inability to remain loyal remains in the cross hairs of debate among fans.

Thompson is a fan of the National Hockey League, as followers of his Twitter account know. Now, the native of Alberta, Canada, has been written into a storyline where a big shot in the Professional Hockey League is a business target. Billy initially believed that he was going to make a presentation before the PHL’s Board of Governors in order to pitch Brash and Sassy’s men’s product line.

Meanwhile, over at Jabot, Jack advised Ashley (Eileen Davidson) that he caught wind of what Brash and Sassy was planning. His sister was advised that their family’s cosmetics company wasn’t going to play fair, it was going to destroy the competition.

Yes, Jack does deserve time in the penalty box for his attitude. Depending upon what transpires next week, ten minutes and a game misconduct might send a stronger message to the current head of Jabot.

Related: The Young and the Restless:  10,000 Episodes: Cast & Creators Live at the Paley Center

So, Billy got a phone call toward the end of this episode. He was told that the PHL has postponed his presentation because another company is currently being considered as the hockey league’s exclusive supplier of men’s grooming products. Vickie (Amelia Heinle) had to hold Billy back from dropping his gloves and going to fight his brother.

‘Jackie-boy’s’ vengeance seems never-ending. The ‘Philly’ experience seems to have made Billy a better man. He’s learned from his mistakes this time around and is genuinely trying to succeed. As for his brother, well that player remains as bitter as ever.