The Young and the Restless Spoilers: Cane Wants Forgiveness – Implies Their Problems Are Destroying Mattie and Charlie 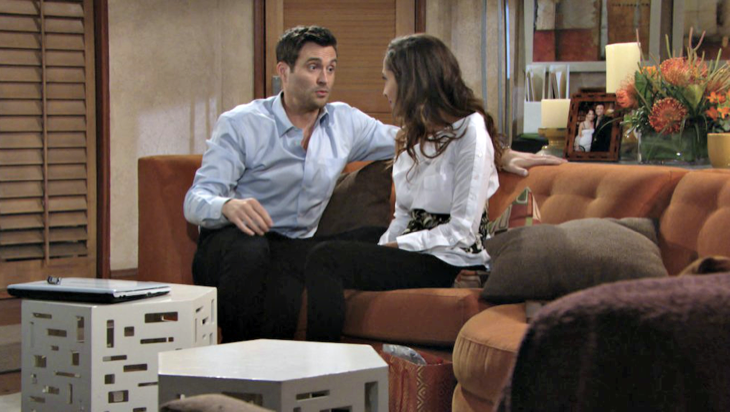 “The Young and the Restless” (YR) Cane (Daniel Goddard) and Lily Ashby (Christel Khalil) have been struggling really hard to figure out where they stand with each another since Cane’s one night stand that lead to him getting another woman pregnant. Now Lily must make a huge decision and do what is right for her and the twins.

Related: The Young and the Restless Spoilers: Phyllis Reminds Dina of Herself – Battle For Billy Continues

Y&R spoilers tease that Cane Ashby will be very persistent that Lily let him back in her and his kids lives by letting him come back home. He feels like all the acting out that the kids are doing is souly based on the fact that he and Lily are not together.

Lily will try to create a normal home environment for her kids but after that does not work she will have to weigh her options. Then she will have to decide what she needs to do to make sure she is doing what is best for her and her kids.

Mattie Ashby (Lexie Stevenson) will begin to give her mom the silent treatment for grounding her after she caught her skipping class with Reed Hellstrom (Tristan Lake Leabu). Charlie Ashby (Noah Alexander Gerry) will begin to blame himself for not making the football team. Both of the twins will start to act out even more since their parents split.

Lily Ashby will not know how exactly to handle the situation. She wonders if she made a mistake by kicking Cane out. She starts to see more of herself in her daughter and fears that she may make the same mistakes as she did as a rebellious teen. So could her kicking Cane out only be temporary? If he has anything to say about it, it will be!

Cane Ashby will go as far as telling Lily that their problems is destroying their kids lives and they need to fix their relationship before it’s too late. His meaning of fixing the problem is them getting back together. Lily seems to have given up on her and Cane’s relationship, but can you blame her for all that he has put her through?

Lily still loves Cane, but she has not got over some of the things he has done in the past, especially when he gaslighted her pretending to be a ghost! So now Lily must figure out if she can place her trust back in Cane or is she unable to get over the fact that he is having a child with another woman. What do you Y&R viewers think Lily should do? Make sure to stay tuned to CBS’s “The Young and the Restless” to see what the future holds for Lily and Cane Ashby.