The Young and the Restless Spoilers: Abby and Brash and Sassy In Peril – Jack Has Upper Hand 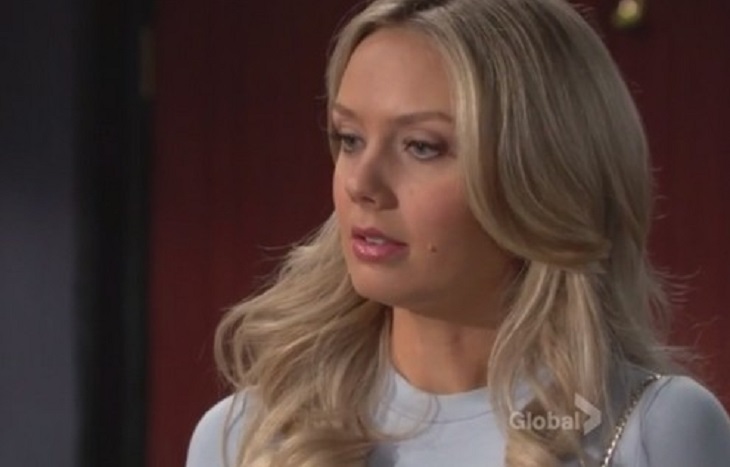 Abby (Melissa Ordway) thought her uncle Jack (Peter Bergman) would be interested on ‘The Young and the Restless’. But the head of Jabot Cosmetics tersely rejected his niece’s pitch to advertise on the Design Date app, which triggered Brash and Sassy’s later acceptance.

Vickie (Amelia Heinle) acted on impulse rather than generally keen business sense. That’s what Jack did as well. But his emotional choice will benefit Jabot. The same won’t prove true for his main rival.

Zack (Ryan Ashton) has involved Abby in a front operation for a heinous criminal enterprise. The so-called dating app incubator company that Ordway’s character greenlighted doesn’t match honest single adults with each other. Instead, it’s used to exploit women, one of whom is Crystal (Morgan Obenreder).

Meanwhile, Jack is attempting to learn how Brash and Sassy’s sales are peaking. However, the coming exposure of Zack’s business will apply another gut punch to Jabot’s chief competitor.

Jack’s partner, Phyllis (Gina Tognoni), continues to have split loyalties. Her growing suspicion of Billy (Jason Thompson) should lead to drama of some type. Whether ‘Philly’ breaks, or marries is an open question.

Billy was on board with Vickie’s decision to accept Abby’s advertising request. Zack knows that the addition of a high profile corporate backer could complicate his efforts, which will inevitably be exposed. At that point Abby will be devastated, while Newman Enterprises and now, Brash and Sassy will be publicly exposed for having naively supported a faux venture.

Savvy soap viewers know that the base this Design Date arc was built on is thin. To think that Victor’s (Eric Braeden) corporate background checkers wouldn’t have been able to connect the dots of Zack’s illegal enterprise by now is suspect.

Even if those who are connected to this seemingly emerging startup company were able to fool the ‘Moustache’ and his minions, the idea that Ashton’s character could maintain his cover for so long seems unrealistic. But viewers have come this far. So they’re just hoping for a believable resolution that positions the main characters for growth in the near future.

Coronation Street Spoilers: Corrie Kicks Off Their Own “Biggest Week Ever”