‘The Young and the Restless’ Spoilers: Cane Must Stop Whining – Jealousy and Anger Don’t Wear Well 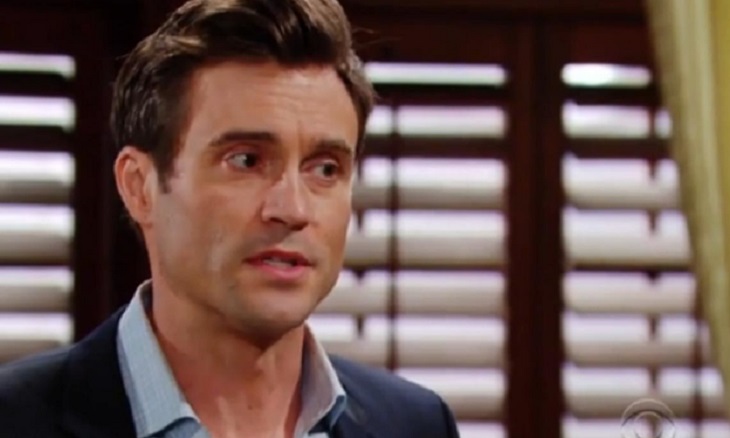 Cane (Daniel Goddard) is making himself look bad on ‘The Young and the Restless’. While he accurately tagged Billy (Jason Thompson) and Vickie (Amelia Heinle) as inconsistent Brash and Sassy players, that business game has now changed. So he needs to button up, or get out.

Believing that one isn’t in Genoa City’s inner circle is a perception. While Jill (Jess Walton) commiserated with Cane’s view of reality, she also took Vickie’s money. Doing so allowed Miss Newman to reclaim the former Newman Enterprises’ division that she once founded.

It’s true that Jill initially offered Billy, Cane and Vickie equal one-third shares of the company. However, Victor (Eric Braeden) wisely encouraged his daughter to buy the business out in its entirety. That was a savvy business move, which is how capitalism often works. Capitalizing upon a situation as long as one stays within agreed upon law.

Apparently Cane believes that some undefined sense of fairness should exist in the world. Sorry bloke, it doesn’t. You already have a loving wife on your arm. Hey man, she’s the mother of your twin children and a model. What more do you want?!

The last paragraph also points to another looming issue. Cane’s thin-skinned jealously of Jordan Wilde (Darnell Kirkwood) is an overreaction. But Mr. Ashby better be careful. If he’s not, Lily (Christel Khalil) might feel pushed away.

Colin (Tristan Rogers) is no role model. But at least he fights for what he wants. Cane doesn’t fight, he complains. That’s petty and hardly something a secure man would do in 2017.

Apparently some people take for granted what they have. Cane’s married and a father. He also has a position at a company that’s been revived and is on the rise.

Patience could easily allow Cane to realize the professional goals he’s seeking, but that might take a few more years. He’s in the prime of his working years and ‘Lane’s’ kids have approximately a decade before college bills arrive. What’s the rush Cane and why exactly do you think that you deserve special consideration?

WATCH: ‘The Bold and The Beautiful’ Preview Video Monday, March 6

Royal Family News: Kate Middleton Is Already Getting Criticized For Her #ShapingUs…