The Young and the Restless Spoilers: Cane and Devon Threaten Flirty Photographer At Fake Gym – Jordan Won’t Back Off 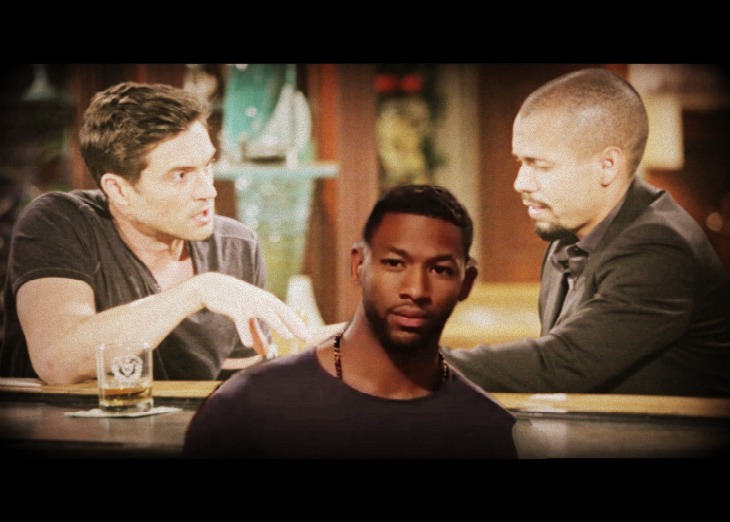 Hilary (Mishael Morgan) and Lily (Christel Khalil) both like Jordan (Darnell Kirkwood) on ‘The Young and the Restless’. That reality makes Cane (Daniel Goddard) and Devon (Bryton James) mad, which is why they threatened the flirty photographer at the Genoa City Athletic Club’s fake gym.

There are guys out there who are aggressively gregarious, just as there are women who project the same personality trait. Some people are addicted to flirting. They can’t help themselves and are encouraged by those who like to be flattered.

Hilary and yes, Lily, need constant attention fixes. Detractors of Morgan’s character may have wanted that slam to be all about Hilary. Sorry, Lily has her own sordid, recent history. Isn’t that right Joe (Scott Elrod)?

So Cane was at the Genoa City Athletic Club gym, which is the only Y&R set that this show has sloughed off. Really, putting free weights and machines into what looks like a former side dining room isn’t a gym, it’s tacky. Writers, peel off some of Devon’s billions and revamp that sorry excuse for a workout facility. It’s a sensory outrage that obviously pokes this scribe. Wink.

Jordan did nothing wrong where Hilary was concerned. He actually asked Devon if it was okay to ask her out when ‘Hevon’ was disintegrating. Jordan later broke up with the Hilary Hour host in an honorable fashion.

Now the reason why Jordan moved on from Hilary is a different issue. Having known Lily for years, he truly could be counted as a platonic friend when he arrived in GC. However, he’s been taking shots at Cane for months, clearly trying to sway her emotions away from ‘Lane’. He also kissed Lily recently as well.

One can’t fully blame Jordan for responding to the threats Cane and Devon both made. He basically said that Lily is in control of what happens next.

And so these developing storylines play on. Cane still has a chance to restore his family. Hilary is after Devon. Lily has an option and his name is Jordan. Maybe these five characters could shift their drama to a different gym?