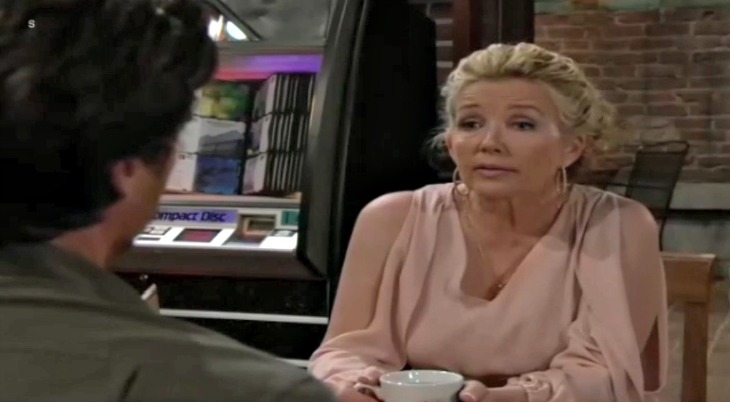 Personality types stick together on ‘The Young and the Restless’. And thus Nick (Joshua Morrow) and Nikki (Melody Thomas Scott) walked out of the Genoa City Athletic Club after Vickie (Amelia Heinle) suggested that they and Victor (Eric Braeden) eat dinner together.

Is it just this scribe, or does Nick’s overall demeanor simply spew punk? No, not the historic music movement that started decades ago and still lives on. We are addressing the constant disrespect that Nick exhibits toward his father.

Where did Nick learn to behave like that? Yes, let’s turn now to Nikki.

As viewers recall, ‘Pikki Nikki’ offered to take Vickie to dinner when they were talking at Brash and Sassy. Vickie said yes and then was stiffed by her mother, who couldn’t stomach the thought of breaking bread with the man who’s given her everything since the early 1980’s. 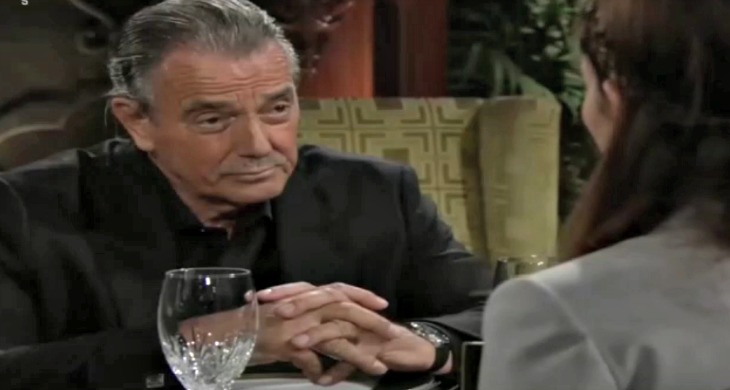 ‘Prince Nicholas’ wasn’t born with a silver spoon in his mouth, a place setting of silverware awaited his arrival. That sense of entitlement, as is the case with similar modern minds, made him ungrateful.

Vickie is pragmatic where her father is concerned. She does get mad at him, but also cuts him slack because she realizes just how unique a man he is. And with that distinction comes extra pressure and attached bad decisions. Vickie believes in perspective and forgiveness, while her brother and mother harbor endless grudges against Victor.

Family means sticking together all the time, not just when it’s convenient. Of course people who purely see family as a forced biological, or just a marital-based connection think differently. Two Genoa City residents who project that philosophy are Nick and Nikki.

There appears to be no forgiveness on the horizon. Victor has once again wronged his son and his wife, in their minds. That’s why those two poor pure souls must protect themselves against the evil ‘Black Knight’.

Vickie isn’t positioning herself to be in Victor’s good graces, while Nick and Nikki are on the outs. She’s simply offering compassion to her dad, who she doesn’t expect to be perfect now, or ever.

The Bold and the Beautiful Spoilers: Bill Spencer Not That Bad Of A Guy After All?