The Young and Restless POLL: Are You Team Victor or Team Nikki? Vote! 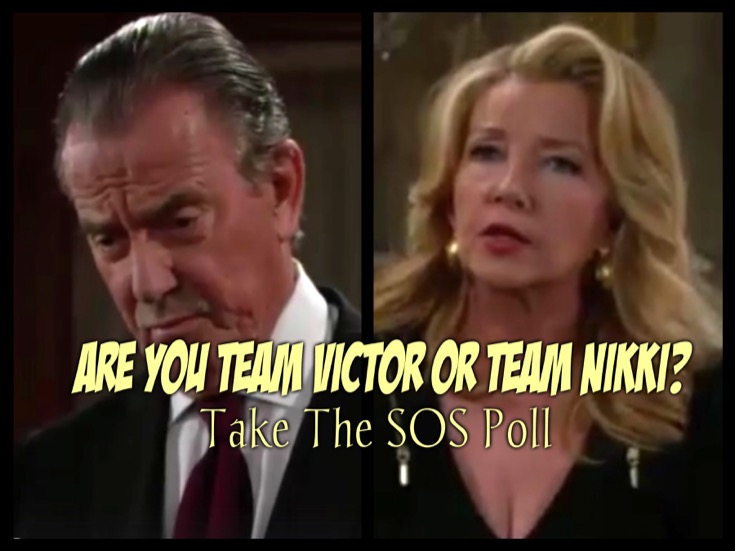 The Young and the Restless’ Victor (Eric Braeden) and Nikki Newman (Melody Thomas Scott) are now on shaky ground since the truth came out about Victor’s involvement with Chloe Mitchell (Elizabeth Hendrickson). Now that they are feuding who’s side are you on?

Nikki Newman now thinks she is the head of the Newman clan and has told Victor he is no longer part of the family. She even went as far as telling Victor he was not sleeping in their master bedroom. Nikki Newman would not be where she is today if it was not for Victor. Victor did take part in bringing Chloe back to town, but never ever imagined it would cost his son his life. He is hurting just like the rest of his family. Do you agree with the way Nikki is handling things?

Related: A Week Of Passion – Billy and Phyllis Make Out – Ravi and Ashley Kiss – Scott and Sharon Date

Y&R’s Victor and Nikki have had their fair share of ups and downs, but have always managed to work them out. This time it may be different with Nikki trying to keep Victor away from his grandkids. That’s one thing we all know about Victor, that he loves his family to no end. He is very furious that Nikki is trying to shun him out of their life. Nikki is trying to protect those she loves and cares about, but is she going about it the wrong way?

Victor has done a lot of bad things in his past, but Nikki can not forget so has she. It was very wrong of Victor to have set up Adam (Justin Hartley), but in no way did he want his son dead. In the end, he tried to do what he thought was right and helped Adam escape from prison so that he could be with his family, which Nikki took part in. So should she be so quick to judge Victor?

So Y&R fans our question to you is who do you agree with in this situation? Are you Team Victor or Team Nikki? Take a vote in our poll and let us know how you feel. Don’t forget to check often with Soap Opera Spy for all your latest Young and Restless spoilers, news, updates, and much more.