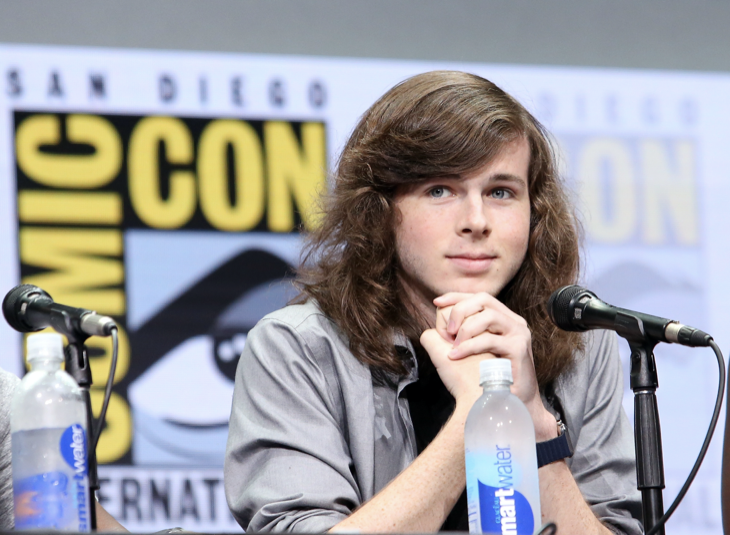 The Walking Dead star Chandler Riggs is crossing over to the music world. The young talented actor has teamed up with Lolaby to release his very first original song, “Hold On.”

According to reports, Chandler has been working on this new project for well over a year. Using the stage name eclipse, he partnered with singing sensation Lolaby for the new track, which has already garnered plenty of positive reviews. “Hold On” is currently making waves with fans and is available on Soundcloud, Apple Music, and Spotify.

my collaboration with @chandlerriggs is out now on all platforms 💜 “hold on” was a very special song for us both. hope you find a lyric that resonates with you 💕 https://t.co/HZfc1QIMTk

“This was an amazing co-write between myself and the ever so talented Chandler Riggs,” Lolaby said in a statement. Of course, fans know that Chandler is no stranger to the music world. For the last several months and during The Walking Dead off season he’s been DJing at events on both the East and West Coast. He also had an opportunity to show off his turntable skills at the Walker Stalker Cruise earlier this year. Needless to say, his fans can’t get enough of him.

i’d like to finally announce one of the things that i’ve been working on for over a year now.@eclipse_sounds https://t.co/rQHpzOaZEe

At the same time, a lot of The Walking Dead fans believe that this means Chandler has one foot out the door on the show. With Chandler working on his new music, there’s a strong possibility that his demise might be near on The Walking Dead. Fans will find out soon enough!

The Walking Dead airs Sundays at 9pm EST on the AMC network. Tell us, what do you think of Chandler’s song? Does he have what it takes to make it in the music industry? Or do you prefer watching him on the small screen instead? Let us know by leaving us a line with your thoughts in our comments section below!

Also, don’t forget to check back with Soap Opera Spy for all the latest news, updates and spoilers on The Walking Dead and all of your favorite primetime television shows right here!

And visit our dedicated The Walking Dead page for all the latest news, interviews and spoilers.

The Young and the Restless Spoilers: Ashley and Victoria Battle Over Ravi, Things Are About To Get Ugly