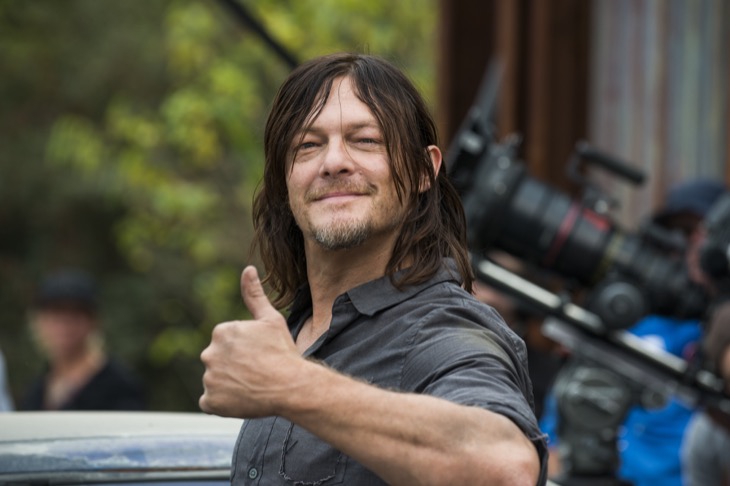 The Walking Dead Season 8 spoilers teased that Daryl Dixon (Norman Reedus) would be reminded of his torment. That moment happened last Sunday when he found another torture closet. Norman Reedus recently discussed the storyline, including Daryl’s revelation.

An inside the episode video clip interviewed several cast members about episode 2, titled “The Damned.” Norman Reedus was one of them and what he had to say was interesting. It wasn’t just Daryl that Negan (Jeffrey Dean Morgan) wanted to break. It’s everyone they abduct and bring back to the Sanctuary.

The exception to this would be Eugene Porter (Josh McDermitt.) For one, he is already a broken and weak man. The Walking Dead Season 8 spoilers also tease that Negan knew he would be useful.

“When they are taking the compound and he comes across the closet, it’s another jail cell torture chamber… it really sort of stops him in his tracks. It takes him back to what he was going through when he was in there. But also, this is part of their plan for everybody they capture, is to break them.”

The Walking Dead Season 8 spoilers previously teased that Daryl Dixon would go rogue. He wants revenge and seeing the closet might be the trigger. It was stated during interviews before the season premiere that Daryl would want payback. It was also hinted that he might not listen to what others say and would just go off on his own rogue mission.

It seems that this might happen sooner than fans think. Daryl was traumatized in that closet and for what seemed like an eternity. He was close to breaking, but still refused to say the magic words, “I am Negan.” His ordeal was so soul-shattering that he will probably deal with the effects for the rest of his life.

The question is, will Daryl’s mission and a reminder of the trauma spin him out of control? Will his thirst for vengeance cause him to not think before acting? Could he inadvertently destroy Rick Grimes’ (Andrew Lincoln) plan?

Keep watching the AMC series and check back with Soap Opera Spy for the latest in The Walking Dead Season 8 spoilers, updates, and news.

‘The Young and the Restless’ (Y&R) Trivia: How Well Do You Know Katherine Chancellor? Take The Challenge!