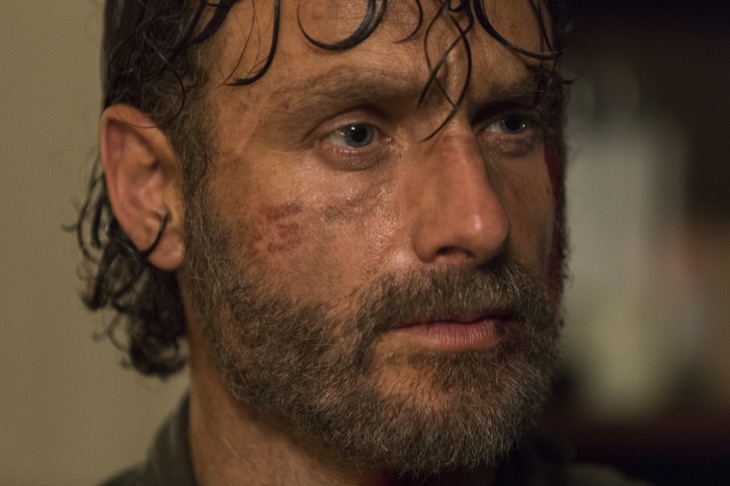 “The Walking Dead” season 8 spoilers reveal there is a rumor going around about a midseason death. Even though this is unconfirmed and classified as a rumor, it could be a possibility. It is also a major character, someone that has been part of the group since the very beginning. If this character dies, it will change everything.

The Spoiling Dead Fans predict that Carl Grimes (Chandler Riggs) dies during the midseason finale. This isn’t just a random speculation. By analyzing what has been observed on set and looking at social media posts, they came to this conclusion. After reading everything, it seems that this actually might happen.

It was reported that Carl’s shirt was drenched with blood and he was battling someone on the ground. Following that scene, he was not spotted on set again. That doesn’t necessarily mean he dies, but it is strange. However, that’s not the only clue that he might die in the midseason finale.

In the “TWD” season 8 premiere, there were scenes of Rick with red-rimmed eyes.

It looked like he had been crying. At the time, it didn’t make much sense. Was he crying, having another breakdown or just exhausted? However, now it is becoming a bit more clear. He could have been crying over the death of his son, Carl Grimes.

Plus, Rick’s son was not in the future visions, but Michonne (Danai Gurira) and Judith were.

Shortly prior to “The Walking Dead” season 8 premiere, Chandler Riggs posted a message on social media. Even though he doesn’t confirm his death, he is talking about his role as if it’s in the past tense.

idk if i’ll ever be as successful as i am right now, but im so glad i got this chance to help tell a story that actually impacts people

He replied to that tweet with another message thanking the show and fans for the opportunity.

“The Walking Dead” season 8? Keep watching the AMC series and check back with Soap Opera Spy for the latest “TWD” spoilers, updates and news.

The Young and the Restless (YR) Spoilers: Dina is Worth the Trouble – Jack and Ashley Fight For Her

Days of Our Lives (DOOL) Spoilers: Truth About Will Horton Comes Sooner Than Expected – Find Out the Date