General Hospital Spoilers: Julian Headed Back To PC – Will Alexis Chooses Dr. Bensch Over Him? 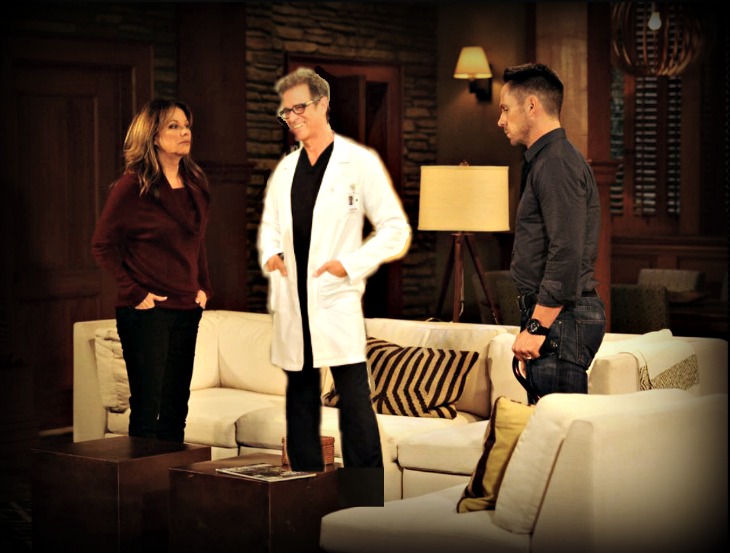 General Hospital spoilers indicate that a Julexis reunion might be in the works as William DeVry is back as mobster Julian Jerome.  But that’s only if Alexis chooses him over the new man in her life, Dr. Bensch.

Viewers last saw Julian back in August, when he was sent off to prison. This was because William was negotiating his contract with General Hospital’s executive producers. But now that he’s back, there’s a very good chance that he and Alexis might pick off where they left off.

But then again, it might not be very easy, especially for Alexis. That’s because she was forced to push off her feelings for Julian while he was behind bars. Because he wasn’t around, she didn’t want to think about him. But now that Julian is back, he might make his way back to her life and eventually, her bedroom. In fact, viewers know that he always does.

It’ll just be up to Alexis if she decides to share her reconciliation with Jermoe with her kids and of course, everyone else in Port Charles. The only problem with that is that she’s gotten very up close and personal with Dr. Bensch. Seeing how Dr. Bensch is everything that Julian is not, Alexis might find herself struggling to make a decision.

Yet, there’s a strong possibility that Julian might not be pleased seeing Alexis with another man. After all, Julian has proven that he’s the type of man that gets what he wants almost all the time.

William DeVry will be making his first appearance back on the November 6 episode. General Hospital airs weekdays on the ABC network. Tell us, what do you think will be next for Julian and Alexis?

Drop us a line with your thoughts in our comments section below. Also, don’t forget to check back with Soap Opera Spy for all the latest news, updates and spoilers on General Hospital and all of your favorite daytime television soaps right here.

Coronation Street Spoilers: Daniel Takes Down The Cobbles Killer Or Phelan’s Next Victim?