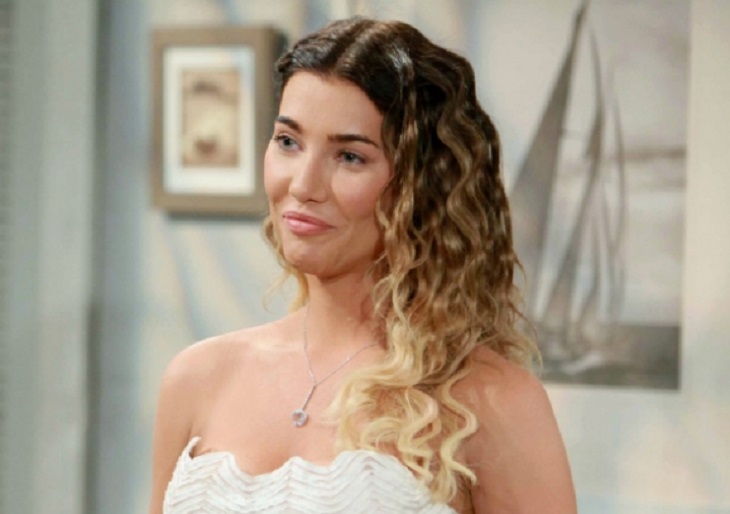 The Bold and the Beautiful (B&B) spoilers reveal Jacqueline MacInnes Wood, who portrays Forrester CEO “Princess” Steffy Forrester is a girl on the constant move and simply “goes with the flow.” She shared a silly tale with ABC Soaps In Depth about after the shoot with Courtney Hope (Sally Spectra), where they had the food fight at Il Giardino’s, and as soon as they finished the scene she hopped into an uBer to catch a flight while still covered with the Italian dessert ‘Tiramisu’.

B&B’s Wood is a huge traveler which is quite obvious when this summer alone, she traveled to several countries including Italy, Fiji, Mexico, and Japan. What fans might not know about Wood is that she hosted a series on traveling on the E! Network; which has taught her how to travel light, and buy gems and clothing while she travels so on here way home she is packed full of new and exciting things.

The Bold and the Beautiful spoilers suggest if you haven’t had a chance to explore Jacqueline MacInnes Wood’s social media, you should take a peek at all her adventures; including the one she considers the most terrifying and beautiful at the same time – when she swam in open waters with over 50 different species of sharks swimming around her. She posted proof of the adventure on her Instagram.

Wood admits she approached Bradley Bell, who is The Bold and the Beautiful’s executive producer and head writer, that since they have done a fantastic shoot down in Australia for her and onscreen love, Liam Spencer’s (Scott Clifton) wedding, it would be a dream to film some scenes in Iceland. Although we agree with her that it would be visually stunning, she jokes that it might not happen since Bell loves to work them from sunrise to sunset, so unless they film during the summer months it doesn’t seem very plausible. Here’s to hoping, right?

Be sure to tune into CBS’ The Bold and the Beautiful (B&B) to catch up on everything happening in and around Forrester Creations. Check soap Opera spy often for updates, news, rumors and spoilers!

The Young and the Restless Spoilers: Phyllis Reminds Dina of Herself – Battle For Billy Continues