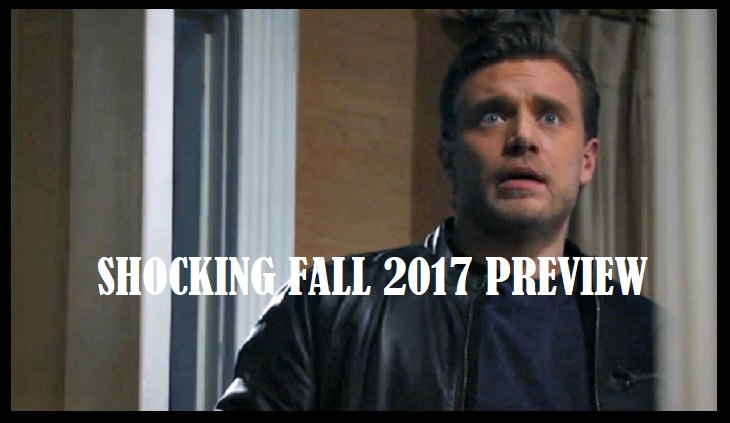 General Hospital (GH) spoilers reveal the Fall will bring drama, danger, thrills, and a fan favorite’s return. Soon, Steve Burton will return, and the mystery surrounding his return will be solved. Here’s everything that Soap Opera Spy knows about GH fall spoilers.

One scoop that all media outlets agree on is that Burton’s return will affect nearly every character on the ABC soap opera. While it will affect some people more than others, it’s safe to say that everyone will be affected.
The biggest question on everyone’s mind is where has he been all this time. His answer will rock his family to the core and will play out over the next year.

As Sam (Kelly Monaco) and Jason (Billy Miller) embark on their new life together, Carly (Laura Wright) and Sonny (Maurice Benard) will be present. A man that has Jason’s old face will show up and cause Sam to question her sanity.

Sonny discovered that getting out of the mob may not be as easy as he originally thought after watching Jason getting shot. With Carly by his side, he remains determined to make it work. Expect their relationship to grow stronger throughout the fall.

Soap Opera Digest shared that Franco (Roger Howarth) loves Liz (Rebecca Herbst) like he’s never loved anyone before, but he worries about his personal journey. Will it put Liz and her boys in danger?
Alexis

Alexis (Nancy Lee Grahn) tries to shake off her feelings for Julian (William deVry). Sam urges her to enter the dating world again. Will she find Mr. right?

Related:  A Deal With The Devil –Will Ava Pay The Price For Valentin’s Deal?

General Hospital spoilers indicate that Nina (Michelle Stafford) and Valentin’s (James Patrick Stuart) relationship is back on track and Nina thinks she knows everything there is to know about her husband. However, Anna’s (Finola Hughes) investigation could expose Valentin’s shady dealings. How will Nina react to her husband’s partnership with Ava (Maura West)?

The fall preview reveals GH will explore the question if Nelle (Chloe Lanier) is a good-hearted woman that Michael (Chad Duell) sees or if she’s a the dark and conveying person Carly knows?
Kiki and Dillon

Kiki (Hayley Erin) work and school schedule will threaten her relationship with Dillon (Robert Palmer Watkins). However, they are in love and are determined to make it work. Will something get in the way of their happiness?