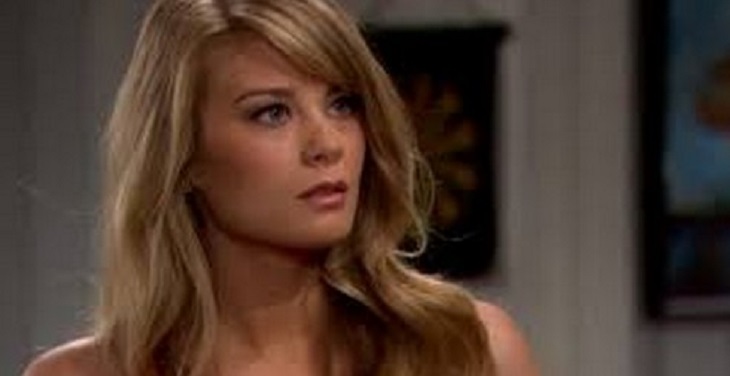 Will Hope crash Liam and Steffy’s nuptials on, “The Bold and the Beautiful?” A hot new rumor claims Kim Matula returns to B&B just in time to put a monkey wrench in the lovebirds’ Aussie wedding!  But, as of right now, it appears that rumor is just that…a rumor, and there are no indications that it will actually happen.

Matula’s fans have been vocal about getting their fave back as Hope, but did TPTB act on those wishes? Hope has been mentioned several times recently, leading fans to think that maybe a reappearance is in the works.

In fact, Matula is shooting scenes at the moment, just not on B&B! She’s revealed via Instagram that she’s set to star in a big-budget movie, “Fighting With My Family,” with Dwayne “The Rock” Johnson. The movie is currently filming in London.

The soon to be released dramedy is based on the real-life exploits of WWE superstar Paige, with Johnson starring as himself. In addition Vince Vaughn, Lena Heady, and Nick Frost star. Matula plays Jeri-Lynn in the movie.

“Taking a break in the ring,” Matula wrote on Instagram. “Moments before I dropped my phone on my face. JK… or am I?”

She also shared her feelings about the film: “You guys, this was a seriously incredible experience. I can’t wait for everyone to see this movie!”

Related: The Bold and the Beautiful: Most Shocking Moments

To her credit, Matula has been honest and upfront about her plans, telling fans that she has no immediate plans to return to B&B. In August 2015 the actress relayed via Instagram: “I’m still exploring another side of life! However, it truly means a lot that you miss her so much!”

Would you like to see Hope Logan back on B&B?  Share your thoughts in the comments below and don’t forget to check Soap Opera Spy for more B&B spoilers and news.