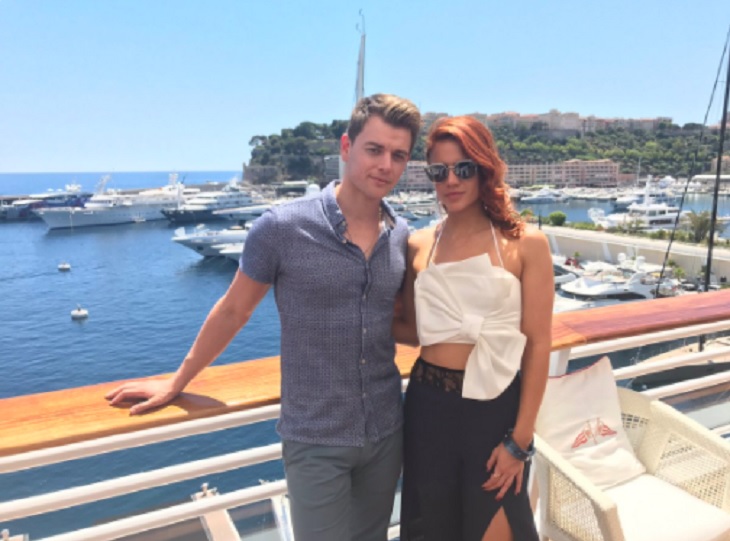 Could Chad Duell be making a new career move soon? Fans can’t help but wonder if the actor will be joining his girlfriend Courtney Hope as a new cast member on ‘The Bold and the Beautiful.’ That’s because Chad has accompanied Courtney and the rest of the cast for the 2017 Monte-Carlo Television Festival.

Courtney even shared a photo of the couple on board a yacht in Monte-Carlo on her Twitter account. The couple have been dating for the past year now.

Related: The Young and The Restless and The Bold and the Beautiful RENEWED

Many fans know Chad as Michael Corinthos on ‘General Hospital.’ But considering how much time he’s been spending with Courtney and the ‘Bold and the Beautiful’ cast a lot of fans believe that he might be plotting to make the jump soon to the CBS soap.

So far Chad Duell has not made any comments nor has he made any indications that he plans on joining the ‘Bold and the Beautiful’ cast soon.

But as many soap opera fans know, anything can happen in the future, especially when it comes to soaps. Many characters are either entering or exiting with a new story arc every week. If Chad does join the cast, that means he’ll be working with Courtney and he’ll have an opportunity to spend more time with her, too.

Related: The Bold and the Beautiful Spoilers: Nicole and Rick Face Off As Baby Battle Heats Up!

Get Exclusive The bold and the Beautiful spoilers News & Updates!