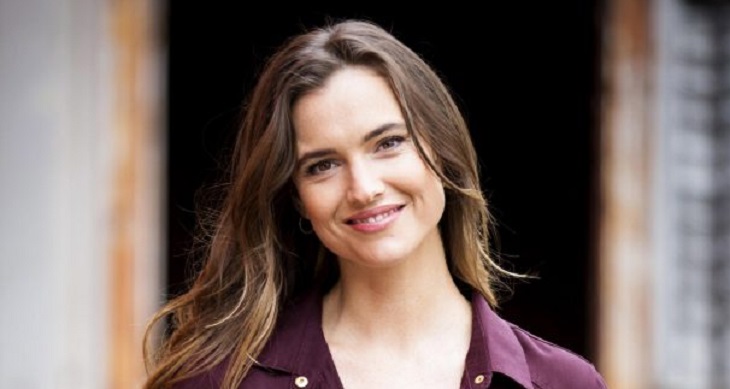 Will Amy Williams (Zoe Cramond) get burned when she plays with fiery Dr. Nick Petrides (Damien Fotiou) on Neighbours? Look for things to heat up on Ramsay Street when these two ready-to-mingle singles start to play doctor!

Sensational new photos from the Aussie soap set show the two locked in a passionate embrace. And explosive  Neighbours spoilers reveal that Amy and Nick will indeed take their relationship to the next level.

The dashing doctor caught Amy’s eye when they were introduced last week. However, she was soon given a stern warning about Nick’s unscrupulous past. It seems that Nick actually led her father Paul (Stefan Dennis) into believing that he had leukemia! Who does that? So, will Amy listen to her head or her heart? Apparently she does a little of both.

Amy refuses to believe that Nick is as shady as everyone says he is. When she learns that Nick the oncologist wants to open a wellness clinic for cancer patients, she jumps in and tries to make his dream a reality.

Amy goes to Steph Scully (Carla Bonner) and presents her with an idea: will she buy out Paul and Leo (Tim Kano) from the motel? Amy explains that she wants to use the motel as the site of Nick’s wellness center, and Steph eventually agrees to help her out with the plan.

When beautiful Amy tells Nick of the proposed idea, he’s understandably overwhelmed. The good doc is eager to show Amy how grateful he is, and she’s just as eager to be shown! But what will things stay rosy between them when Paul discovers that his daughter is involved with the doctor who toyed with him?

It remains to be seen if Nick has changed his stripes. Viewers can expect Amy’s loved ones to have her back, especially her dad. Does father really know best? How far will Paul go to prove to Amy that she’s making a bad decision by hooking up with Paul?