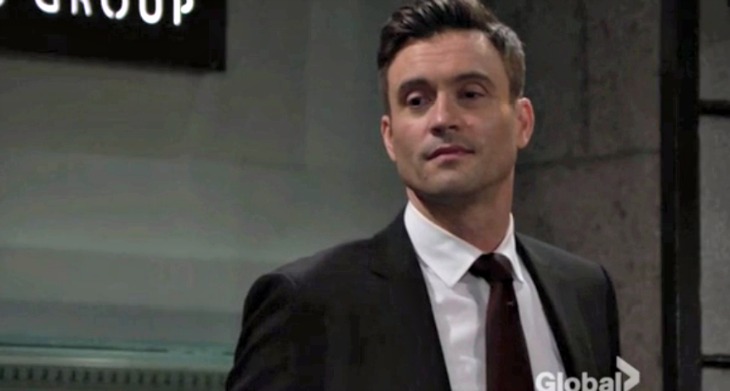 “The Young and the Restless” spoilers for Thursday, August 24, tease that Neil (Kristoff St. Kristoff) will give Cane (Daniel Goddard) a sensible warning. He knows Cane is determined to repair his broken marriage, but that task may be impossible. It’s clear that Lily (Christel Khalil) is pretty fed up with Cane at the moment. She’s not sure she can get past all his hurtful behavior.

When Cane continues to express hope for a future with Lily, Neil will offer another perspective. He’ll note that sometimes despite the effort you put into it, things can wind up beyond the point of no return. Neil will feel like Cane should prepare for the possibility of defeat. There are no guarantees that Lily will take her husband back.

Nevertheless, Cane will believe his plan will pan out. He can’t bear the thought of letting Lily go for good. Unfortunately, Jordan (Darnell Kirkwood) is already making his move. He shared a kiss with Lily and an upcoming trip could strengthen their connection.

“The Young and the Restless” spoilers say Jordan will give Lily updates on some instructions. It looks like they’ll be hitting the road together for a Brash and Sassy gig. Of course, Jordan will like the idea of mixing business with pleasure. Will he get his wish or will Lily fight their growing bond? Y&R fans will want to stay tuned!

Meanwhile, Tessa (Cait Fairbanks) will be brave for her sister’s sake. She’ll confront a thug in a motel room as she works to help Crystal (Morgan Obenreder). “The Young and the Restless” spoilers say Tessa will demand answers from a bearded man, but he won’t seem anxious to supply them.

Related: The Young and The Restless Spoilers: Abbott Flashbacks Set to Reveal Why Dina Abandoned Her Family

Instead, he’ll slam the door and toss Tessa’s phone to the other side of the room. She’ll quickly realize she’s in over her head, but backup should be coming eventually. Sharon (Sharon Case) and Scott (Daniel Hall) might step up to keep Tessa out of harm’s way.

It sounds like some serious excitement is brewing on the CBS soap. We’ll keep you posted as other news and rumors emerge. Stick with Y&R and don’t forget to check Soap Opera Spy often for the latest “Young and the Restless” spoilers, rumors, updates and more CBS soap news right here.