Home And Away Spoilers: Zac MacGuire Exits After Divorce And DNA Test Drama 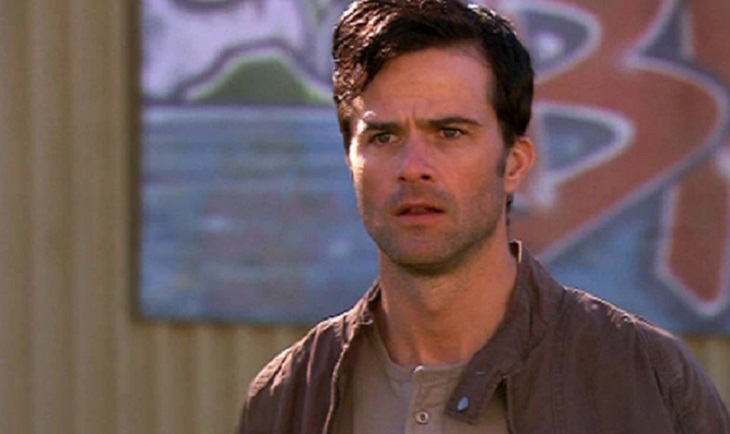 When shell-shocked Zac MacGuire leaves Summer Bay for Vietnam, will he be traveling solo? On “Home and Away,” Zac soon makes an emotional getaway after not one, but two, very traumatic events. But is he taking more than just his suitcase to the Asian paradise?

Zac made a huge mistake by hooking up with his boss Sam. Earlier this year Zac and his editor decided to get to know each other better, leading to the collapse of his marriage to Leah. Just as the two prepare to finalize their divorce, Zac is confronted with another inconvenient truth.

Related: Home And Away Spoilers: Scarlett’s Identity Exposed, What Does She Want?

A bombshell revelation will force him to reconsider the direction his life has been taking. Could he possibly lose two significant loved ones? When Zac’s teen son Hunter acts on his suspicion that they aren’t biologically related, he takes a drastic step: DNA testing.

The test results are conclusive, showing that Zac is not Hunter’s biological father. Hunter has his answer, but he doesn’t tell Zac at first. He knows the older man is having a hard time with the divorce and spares him the stunning news, until he discovers that Zac may leave town for a new job.

The emotionally charged scene between Zac and Hunter is heartbreaking, with Zac vowing to Hunter that he couldn’t love him any more than he already does. But later Zac expresses his anguish to Evie. When he tells his niece how difficult it is facing the loss of his family, she asks him to come live her in Vietnam.

If Zac had any reservations about leaving they were erased when Leah presents him with their signed divorce papers. Feeling that he must depart Summer Bay, he writes her a goodbye letter.

Related: Home and Away Spoilers: Will Phoebe Leave Summer Bay Without Justin?

Following the news that Hunter’s portrayer, Scott Lee, is also leaving the show, fans are speculating that Hunter will accompany Zac to Vietnam. What do you think “Home and Away,” fans, are the talented twosome about to ride off into the sunset together?