Home And Away Spoilers: Scarlett’s Identity Exposed, What Does She Want? 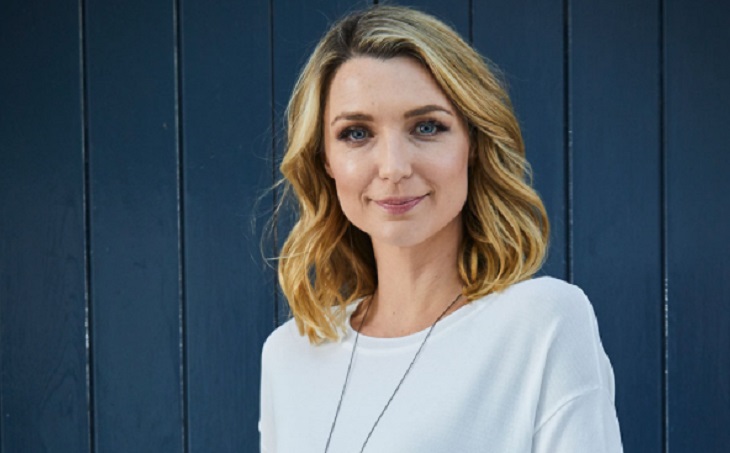 There’s a Scarlett woman in town on “Home and Away,” and no one knows what her agenda is: is she friend or foe? Leave it to Justin to figure out who Scarlett is, and why she’s after Brody!

At first Scarlett appears to be just an innocent, nice stranger after she discovers that Brody slept on the beach all night and offers to buy him some food. But things aren’t as innocent as they seem, since Brody is actually one of the suspects in the blonde’s recent carjacking. Brody soon realizes where he’s seen Scarlett before, and comes to the conclusion that she’s the reason he was in a police lineup. Awkward!

Related: Home and Away Spoilers: Will Phoebe Leave Summer Bay Without Justin?

Things get straightened out however, and he tells her that he was on the beach because he can’t be at home at the moment. Scarlett must be a very trusting person, because she invites him back to her house where he promptly falls asleep on the couch!

Unable to contain her curiosity the brave lady rifles through Brody’s wallet, finds his ID, and heads to his house to uncover the real 411.

There she encounters Justin, Mason and Tori who are desperate to find Brody. Jumping to an immediate (and wrong) conclusion, Justin gets in Scarlett’s face, thinking she’s one of his brother’s drug acquaintances.

The well-dressed Scarlett sets the record straight and reassures the crew that the missing man is at her house, sleeping his cares away; but she suspects that it was Justin who kicked Brody to the curb.

Despite Scarlett’s explanation, Justin’s radar remains on alert and he’s just as suspicious of Scarlett as she is of him. Why is she keeping company with Brody?

Related: Home and Away Spoilers: Ash Reunites With ‘Dead’ Brother

The tension between the two is palpable; might we be seeing the beginning of a beautiful romance? Justin is now single and ready to mingle after his engagement to Phoebe was 86’ed. But will Scarlett bring trouble or sunshine to Summer Bay? That remains to be seen!

The Young and the Restless Spoilers Friday May 19: Nick Surprises Chelsea – Billy and Cane Fight Over Footage – Abby and Scott Clash

This Is Us Season 2 News: NBC Announces Major Schedule Change For Drama