Home And Away Spoilers: Hunter King’s Past Coming Back To Haunt Him – Hunter Headed To Prison? 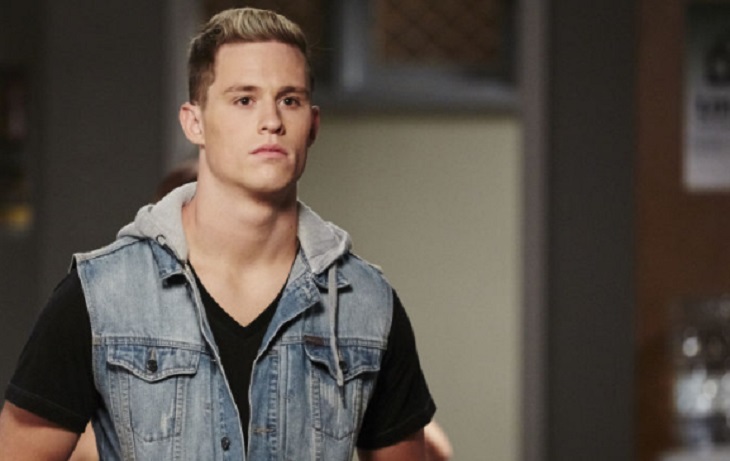 On “Home and Away,” is the life of hunky teen Hunter King (Scott Lee) about to be blown up by a shocking secret (or two) from his past? Even more scandalous, it could be the reformed bad-boy’s own grandmother who turns him in for his crimes!

Viewers should expect lots of drama to arrive in Summer Bay once Grandma Peggy (Caroline Gillmer) arrives. Because it’s not homemade chocolate chip cookies the dear lady is bringing to her grandson, it’s threats! Is she really evil enough to turn his life upside down by telling what she knows about his scandalous past?

Peggy knows about the unfortunate event in 2015 when Hunter was responsible for a robbery that went very wrong. Not only did the troubled teen resort to thievery, his actions were behind the shocking death of one of Summer Bay’s residents, when one of the robbers went wild and ended up killing another.

It’s uncertain if Grandma Peggy knows about the killing, but she’s fully aware of the robbery as well as even more scandal involving Hunter. It seems that the busy lad had a hand in someone being electrocuted in the past!

Peggy’s arrival will have him fearing that his sordid past will finally catch up to him. Of course, viewers will also be chagrined as it seems Hunter has finally put his bad boy ways behind him.

Explosive show spoilers reveal that the police will soon track down a stunned Hunter. But what is it they want with him? Is it time for him to do the time for all his crimes? Given the severity of his past deeds, a little justice is due, isn’t it?

Related: Home And Away Spoilers: Roo Gets Shocking Pregnancy News – Will She Keep The Baby?

Fans are well aware that Scott will exit the Australian super sudser sometime this year. He made the announcement in December, and it’s only a matter of time before he departs the long running soap. But will it be in prison stripes?

The Young and the Restless Spoilers: Jordan Thinks Juliet Faked a Medical Scare – Jack Has a Risky Plot – Billy Clashes with Victoria