Home And Away Spoilers: Blair McDonough Guest Stint In September – How Will He Come Back? 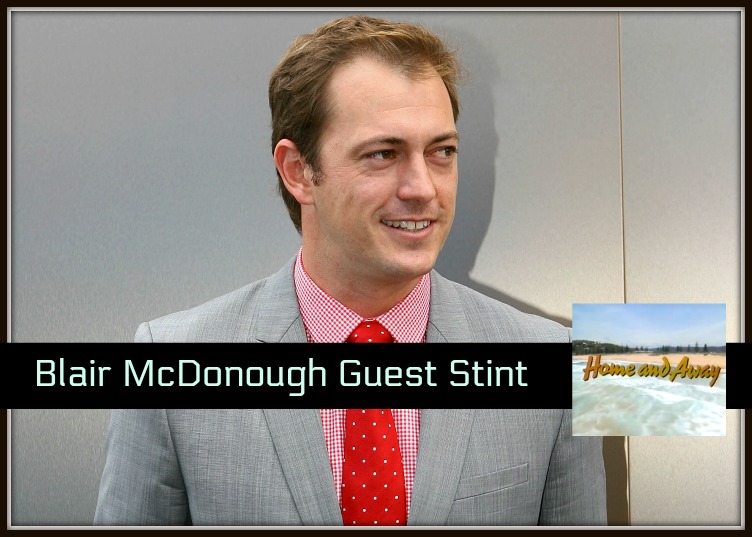 There’s good news for fans of Aussie actor Blair McDonough: All signs point to a September debut on “Home and Away,” for the soap star. A while back the ruggedly handsome star posted a big tease about his appearance on his Instagram account, which was later deleted, but showrunners have since confirmed the big news.

When McDonough posted a picture of a “Home and Away,” script on social media with the caption, “Just like riding a bike… right?!” speculation blew up about his acting plans. Perhaps bowing to pressure, the actor deleted the post but Seven Network brass eventually confirmed that the fan fave will make a guest appearance, likely to air sometime around September.

Related; Home And Away Spoilers: Hunter King’s Past Coming Back To Haunt Him – Hunter Headed To Prison?

Loyal soap fans will remember the talented thespian as Stuart Parker from fellow Aussie sudser, “Neighbours.” McDonough was a Ramsey Street regular from 2001 to 2006 before bowing out to pursue other professional opportunities, including a recurring role the period drama, “Heartbeat,” from 2008-2009.

Prior to appearing on “Neighbours,” 35-year old McDonough was the 2001 runner-up on season one of, “Big Brother Australia.” His last big television role was on Channel Seven’s “Winners And Losers.” McDonough played Matt O’Connor before the character was written off in the second season.

McDonough married Kristi Townley in 2013 and they welcomed their first child, beautiful daughter Leni, in 2015. Now it appears that McDonough is prepared to return to professional life with his comeback on “Home and Away.” At this time TPTB have kept details about the actor’s appearance close to the vest, and there is no news as to how long the actor will remain with the show.

McDonough himself has not given away any inside information, and at this time the name and motivation of his character are unknown. Will he play a good guy or a bad guy? Is his character somehow connected to someone in Summer Bay, or will he be a total newbie in town?

Let us know what you think brings McDonough to Summer Bay!