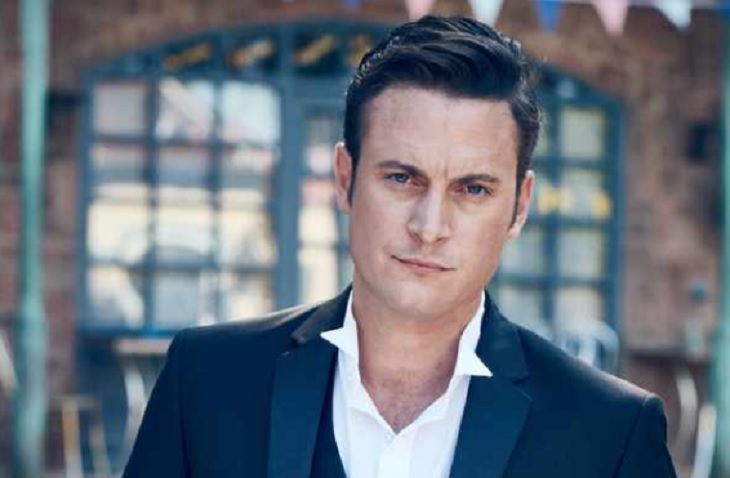 Two thrilling characters will soon join the cast of Hollyoaks after Luke Morgan (Gary Lucy), who thought he was dying, made a shocking confession about them in October. Who are these mysterious newbies?

Luke was trapped in the explosion set off by Mac (David Easter) alongside Darren Osborne (Ashley Taylor Dawson) when he thought he’d never again see the light of day. So what did the desperate man do? He made like Darren was a priest and confessed his sins: he has a secret wife and son!

In January the Mrs. and Luke’s son suddenly pop up after eight long years to complicate matters for Luke.

Way back when Scarlett (Susie Amy) ran off with Oliver (Aedan Duckworth) because Luke was drinking heavily and was in no way a positive parental influence. The boy is now a teenager, and likely has some unresolved issues where dear old dad is concerned.

The young actor who’s been tapped to play Luke’s spawn is thrilled to be a part of the show. In an interview with Digital Spy, Aedan Duckworth spilled a few juicy details about his new job.

“I started two weeks ago,” he said, “I had to spend my whole second day crying!” Wow, that sounds like the surprise family reunion is set to get off with a bang!

This isn’t the first time that Susie Amy and Gary Lucy have worked together. They starred as husband and wife in Footballers’ Wives, so their Hollyoaks marriage should come as second nature to the pair!

Look for mother and son to appear in January, just in time to put a wrench into Luke’s relationship with Mandy (Sarah Jayne Dunn).

A recent Hollyoaks promo video showed an erstwhile Mandy shoving a boxed ring toward Luke as a way of proposing to her ex, in scenes set to air soon. Yikes! Does this mean Luke could become a bigamist?

It’s more likely that Luke has some ‘splaining to do, but how will the beautiful, blond Mandy react when he gives her his bombshell news?

The Young and the Restless News: Jason Thompson’s Babies Will Melt Your Heart