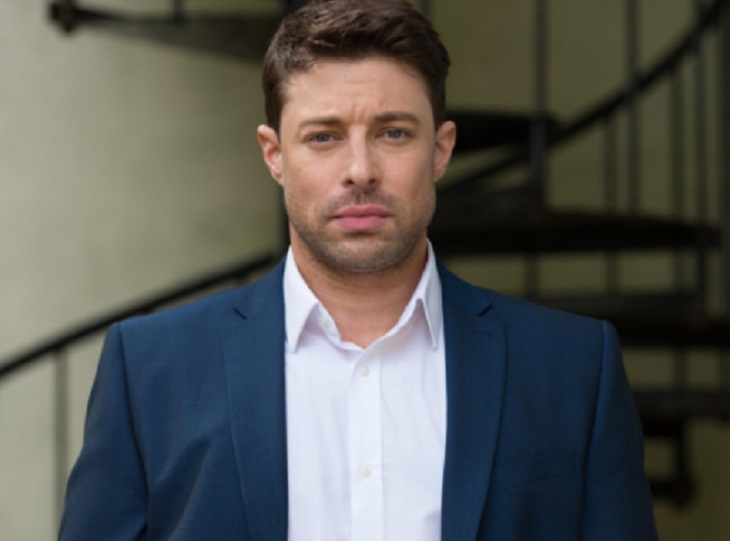 In news sure to leave Duncan James’ fans Blue, the music man has confirmed his exit date from Hollyoaks. When will viewers of the British sudser see the last of his character Ryan Knight?

Ryan was exposed as the Dark Knight when it was revealed that he was the one who killed young and beautiful Amy Barnes this spring. Who knew that Amy was killed by her own husband?

After the soap dropped the bombshell reveal, TPTB confirmed that James would indeed be exiting the show. But in typical soapy fashion, fans were left high and dry with a huge cliffhanger as the show declined to say exactly when Knight would get his comeuppance.

But Duncan has just ended the big mystery, by revealing some sensational details to The Sun. The talented actor will be seen through 2017 and into the New Year.

After his departure Duncan plans to go on tour with Blue. His two year run with the soap was a huge hit, so will he return at some point in the future? Duncan was coy about a possible return, saying, “I don’t have any plans to yet … I’d like a bit of a breather. It’s quite tense filming all day like that.”

Well, that doesn’t exactly sound like a no, does it? But for now Duncan’s character has some scintillating action to finish before he departs.

According to Duncan, he has some huge storylines coming up in the weeks leading to his exit, noting that his character will become, “all sorts of twisted and dark. It’s great because I’m doing really interesting stuff now.”

Duncan was careful not to spill too many details, but the show has said that Ryan’s killing of his wife will be dissected.

Plus, Duncan himself is dropping hints that the Dark Knight could rise again. Will the killer murder another person close to him? Is a second crime of passion about to be committed on Hollyoaks? Stay tuned, folks!