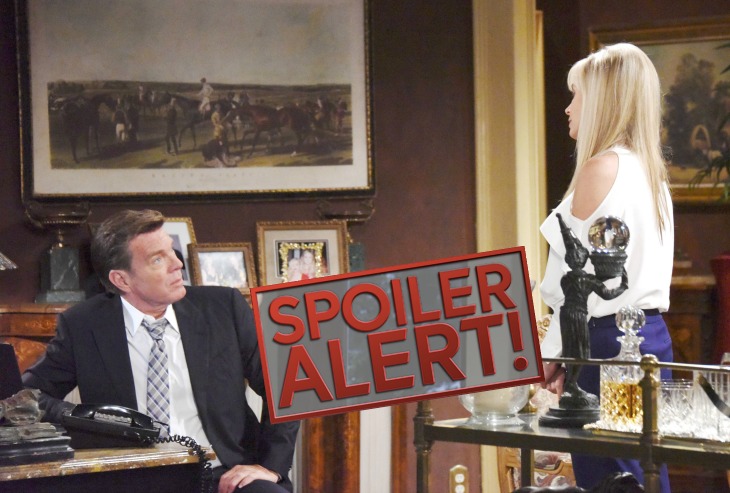 The Young and the Restless spoilers indicate that a nasty brawl is about to break out between Jack (Peter Bergman) and his power-hungry sister Ashley. (Eileen Davidson) And it all has to do with who is going to control Jabot now that Jack is back and willing to reclaim his CEO title again.

As many, The Young and the Restless spoilers know, Jack wanted to take a backseat so he could take care of his mother Dina, (Marla Adams) who is suffering from Alzheimer’s disease. Ashley, getting a little taste of what is feels like to be in power, isn’t willing to give it up just yet. In fact, Ashley even tries to convince Jack that he needs to take a little more time off for himself and that he has everything under control. She even tells him that he is taking on too many projects.

Ashley has gone so far as to offer Billy (Jason Thompson) a job at Jabot which she knows will make Jack furious.  It seems clear that Ashley is going nowhere easily, she wants to keep the CEO position.

Related or not, these two will always be brother and sister ❤️ #YR pic.twitter.com/DyCVqD1oYI

Jack has only two options: to push his sister out of the spotlight or be forced to share CEO duties with her. Yet, neither is in Ashley’s game plan right now.

Meanwhile, there’s a good possibility that this Christmas might be the last one for Dina. Her health situation is getting worse. Oftentimes she looks into space, doesn’t respond to anyone and looks very confused.

The Young and the Restless airs weekdays on the CBS network. Drop us a line with your thoughts in our comments section below.

Also, don’t forget to check back with Soap Opera Spy for all the latest news, updates and spoilers on The Young and the Restless and all of your favorite daytime television show right here.

The Young and the Restless Spoilers: Victor’s Shady Deal With Kevin Revealed – Lead Into Chloe and Adam Return?