General Hospital Star Brooklyn Rae Silzer Has Something To Celebrate! 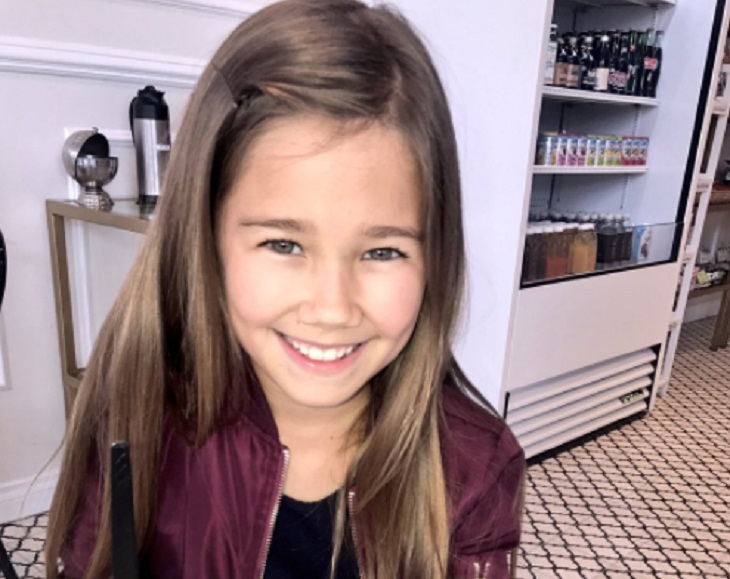 ‘General Hospital’ fan favorite Brooklyn Rae Silzer is celebrating a major milestone on the show. The actress, who plays Emma Scorpio Drake on the hit daytime soap, has just celebrated her sixth year on the show. She won viewers hearts as a little girl with her adorable smile and sweet disposition. Her character was seen as a miracle child because she was conceived naturally, even though her mother, Robin is HIV-positive and despite that, her father, Patrick wasn’t infected when she was conceived.

Brooklyn celebrated her 6th anniversary on ‘General Hospital’ on Twitter by sharing a throwback photo of one of her early days on the set of the show.

Related: What’s Wrong With Sam Morgan – Will Jason Save Her In Time?

In one photo a small Brooklyn can be seen standing in front of the emergency entrance of General Hospital while in another photo she is posing with her on-screen parents, Dr. Patrick Drake and Dr. Robin Scorpio-Drake (played by Jason Thompson and Kimberly McCullough). She captioned the sweet photo with, “6 years ago today I got the best news that I was cast to be Emma Scorpio Drake. Grateful heart.”

As many viewers know, Brooklyn often returns to the soap with surprise guest appearances just because she’s so adored and loved by ‘General Hospital’ fans.

Even though her parents are no longer ‘General Hospital’ regulars she does come back with Kimberly McCullough. That, or she flies out of town to visit Grandma Anna.

So far ‘General Hospital’ producers have made no indications on whether or not they plan on bringing back Brookyln’s character full-time on the show. It’s without a doubt that viewers would love to see more of her in the future. Fans will just have to wait and see.

In the meantime, don’t forget to check back with Soap Opera Spy for all the latest news and updates on Brooklyn Rae Silzer and ‘General Hospital’ spoilers right here.

6yrs ago I was cast as Emma on @GeneralHospital Grateful to the amazing cast,crew,writers & fans who have been on this journey with me❤ #GH pic.twitter.com/c2lw3mb9OW

General Hospital Spoilers: What’s Wrong With Sam Morgan – Will Jason Save Her In Time?