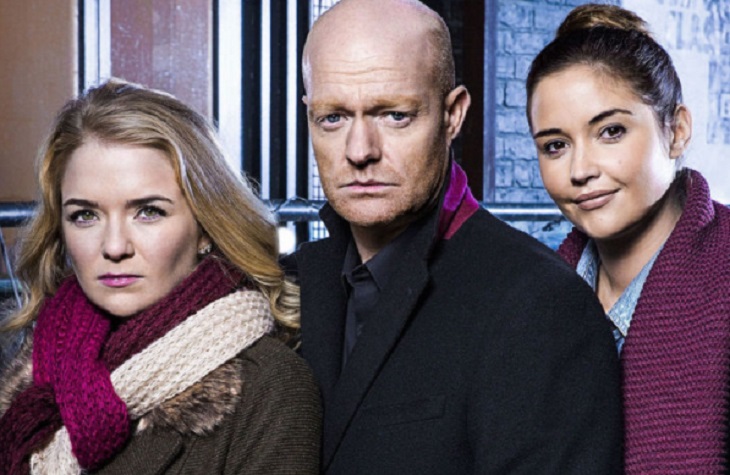 On “EastEnders,” Posh Josh could have his pick of Walford women, but it’s the Branning sisters who’ve caught his roving eye. Soap triangles are never very pristine affairs, but this messy one promises to rock the entire town to its very core!

The question is, how explosive and far-ranging will the fallout be when Josh gets entangled with one or both Branning Beauties? He’s already up to some secret shenanigans with their father, Max, and heaven knows what other illicit irons he’s got in the fire. Would the bespeckled bloke really take it upon himself to bed both Lauren and Abi?

The stage was set when the sisters, Josh, and Lauren’s flame, Steven sat down to dinner recently. Psycho Steven got an eyeful of flirting between Josh and Lauren, as did Abi, who’s sick and tired of living in her sister’s shadow.

Seeing that Josh is keen on Lauren, Abi made a bold move and invited him to the party being thrown for her 21st birthday. Steven’s presence will no doubt get under Steven’s already thin skin, but Abi has gone a step further and divulged a secret that Steven wasn’t meant to know about.

Lauren had an abortion without telling Steven, and when Abi reveals this, the seriously crazy criminal goes ballistic. By the time the party rolls around, he will have had entirely too much time to stew in his twisted thoughts of revenge.

Explosive EastEnders spoilers reveal that Abi’s big birthday bash will be all fireworks and excitement, but for all the wrong reasons! Steven will witness Josh chatting up Lauren, and have a very bad reaction. Abi will also not cotton to the sight of her crush flirting with her sister, especially at an event that’s meant to honor her!

Heaven hath no fury like a sister scorned, and the party promises to provide a stage ripe for Abi’s jealous insecurities to take over: is Josh the next target in her sights?

General Hospital Star Brooklyn Rae Silzer Has Something To Celebrate!

Days of Our Lives Spoilers: Chad and Gabi Get Passionate – Jennifer and Eric’s Date Goes Awry – Nicole Gets Bad News