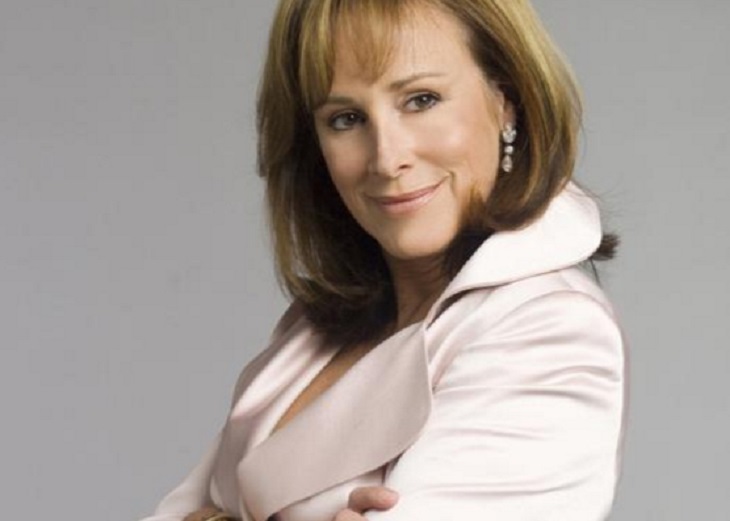 The buzz is on. In the wake of the stunning announcement by General Hospital’s executive producer Frank Valentini regarding the casting of former One Life To Live actress Hillary B. Smith as her former character, legal eagle Nora Hanen Buchanan, fans can’t help but wonder if more OLTL characters will follow.

The Emmy winning actress has yet to land in Port Charles but already the GH fan base is in full speculation mode over what this could mean for the venerable ABC soap.

Now that the Prospect Park Vs. ABC lawsuit is over and done with, may we be seeing more crossovers from OLTL? Let’s look at some of the possibilities, shall we.

As GH viewers know, when ABC pulled the plug on OLTL, Valentini then the head man at the long running soap, along with his then head writer Ron Carlivati took on the task of running and writing the daily doings in Port Charles.

Some of the first moves made by the duo, was to incorporate some of Llanview’s most notable citizens to GH. Todd Manning (Roger Howarth), Starr Manning (Kristen Alderson), John McBain (Michael Easton) Blair Cramer (Kassie DePaiva) and Tea Delgado (Florencia Lozano) made their way to Port Charles.

After the Prospect Park lawsuit was initiated these characters were forced to leave the canvas in a hurry.

So now that the rights to the OLTL characters have reverted back to ABC, could Nora be the first of more crossovers from Llanview Pennsylvania?

Would Nora’s husband, super cop Bo Buchanan (Robert S. Woods) follow his wife over? He certainly would shake up the crime infested Port Charles, with his no nonsense approach to crime fighting.

Could Todd Manning return and resume his relationship with Carly Corinthos (Laura Wright)? Even though Todd’s portrayer Roger Howarth is now playing Franco Baldwin and is in a hot and heavy relationship with the beautiful Elizabeth Webber (Rebecca Herbst), many viewers have not taken to the Franco character and may very well welcome this.

Tea Delgado may get a hankering to visit young Danny Morgan who she mistakenly thought due to a baby switch was her son, instead of Sam and Jason Morgan’s (Kelly Monaco, Billy Miller).

Tea’s brother Tomas Delgado (Ted King) was thought to be in a dropped storyline, to have a connection to Lorenzo Alcazar who was played by Mr. King as well. The actor was a fan favorite and many GH viewers would welcome him back with open arms.

Perhaps Blair could come searching for Todd and or her daughter Starr? Might Starr return herself? She and Michael Corinthos (Chad Duell) were hot and heavy, when she suddenly left town and broke his heart.

The possibilities are endless. Let’s not forget All My Children as well. Anna Devane (Finola Hughes) spent some time in Pine Valley. She even had a twin sister Alex Devane. The last we heard of Alex she had recently divorced her husband Dimitri Merrick (Michael Nader) and it was unclear as to where she was.

So there you have it. Is there a character that you would like to see turn up in Port Charles? How about Erica Kane (Susan Lucci) or the stately Victoria Lord Buchanan (Erika Slezak)?  Ms. Slezak the six-time Emmy winner would certainly spice things up. Just imagine if she played a long lost Cassadine instead, ready to wreak havoc on the unsuspecting denizens of Port Charles. This powerhouse actress could handle that in her sleep, she’s that good. Are you reading Frank?

Let’s hear what thoughts you have on this intriguing and unfolding development. Why do you think Nora is coming to Port Charles? Who could need her legal expertise? Stay tuned.  It should be a good old soapy ride. Buckle up.