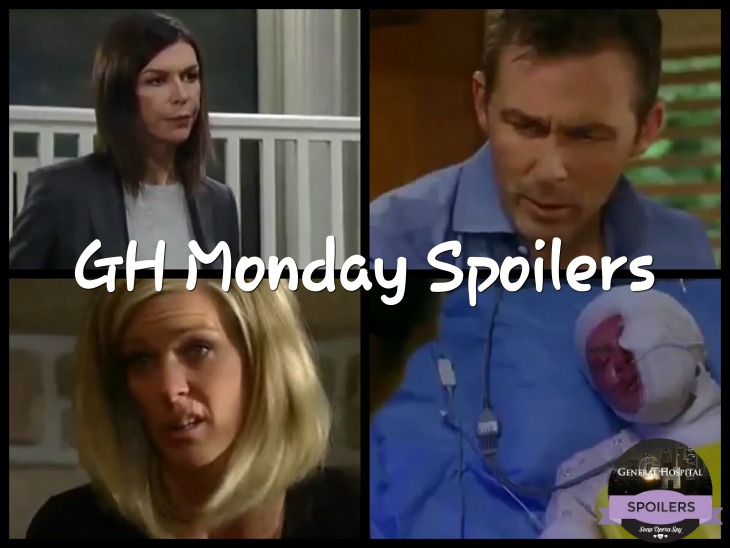 General Hospital (GH) spoilers for Monday, June 5th show that Laura Spencer (Genie Francis) telling Elizabeth Webber (Rebecca Herbst) there’s something you don’t know. She is more than likely referring to the mind games of which Helena Cassadine (Constance Towers) has been using on Elizabeth’s son little Jake Webber (Hudson West) and giving her more information on the Chimera.

Valentin Cassadine (James Patrick Stuart) recently took off with Charlotte after learning he was facing charges by the WSB. Now their location is unknown. So do you think Lulu will be able to find them?

General Hospital spoilers tease that Anna Devane (Finola Hughes) goes to Valentin Cassadine’s wife Nina Reeves Cassadine (Michelle Stafford) and let’s her know that Valentin is a fugitive and asks for her help in finding him. So now do you think Nina will do what she can to protect him or do you think she will try to help bring him in?

As for little Charlotte Cassadine, she is seen on the phone and Valentin walks in and asks her who is she talking to. Could it possibly be Lulu on the other end since she did just say she knows how to find her? Will Charlotte tell her dad the truth of whom she is talking to? 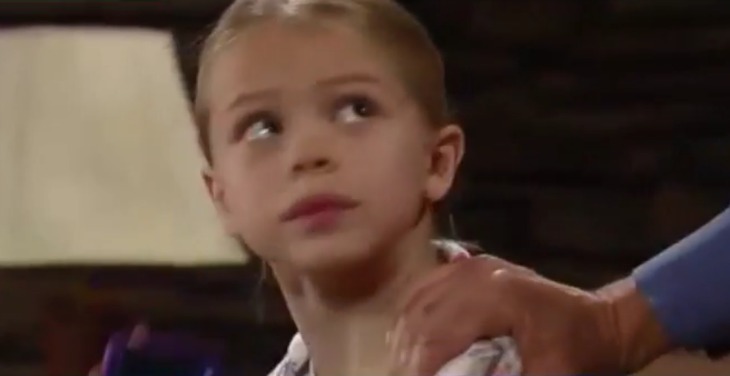 Carly Corinthos (Laura Wright) is seen sitting with her best friend Jason Morgan (Billy Miller) and she tells Jason that Sonny Corinthos (Maurice Benard) wants Ava Jerome (Maura West) dead for sending their son into a manic breakdown and costing him his life. Carly let’s Jason know that she is not going to stop Sonny this time. So will Sonny do the unthinkable and put an end to Ava? Or will he let justice take its course?

Over at GH Memorial we see Ava Jerome saying to Sonny Corinthos “Do what ya came to do kill me!” So is that the reason Sonny is there? Will someone walk in and find him in her room? It’s very possible. Then again he may change his mind and leave on his own, but that does not mean that’s the end of him getting payback! So make sure to stay tuned to ABC’s General Hospital to see what all goes down!

The Bold and the Beautiful Spoilers: Nicole Lashes Out At Rick- Julius Encourages Her To Take Back Lizzy?