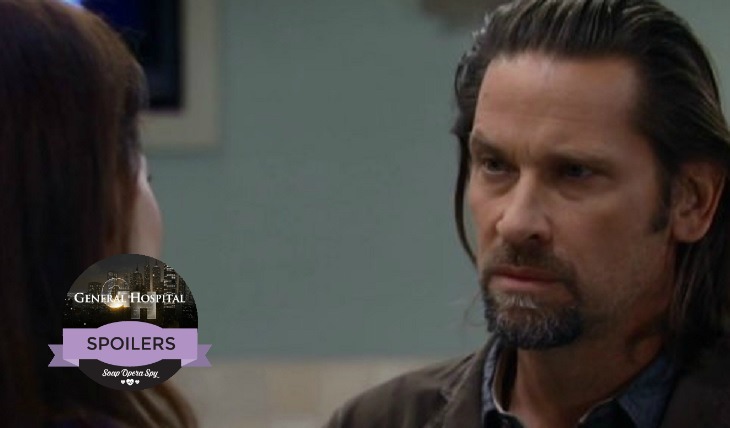 ‘General Hospital’ spoilers reveal that Franco Baldwin [Roger Howarth] is determined to find Tom Baker’s [Don Harvey] killer and exonerate himself. Franco’s dogged pursuit of the truth could cause a deeper divide between Elizabeth Webber [Rebecca Herbst] and Franco.

Franco may have locked Tom up in a cage, but his conscious wouldn’t let him go through with murdering Liz’s rapist. Even though Franco released Tom, he’s a prime suspect because an artist’s tool belonging to Franco was used to kill Tom. Seth Baker [Michael Roderick], Tom’s brother, convinces the Port Charles police to focus their attention on Franco.

‘General Hospital’ viewers know Franco let Tom go, and Franco is desperate to convince Liz of this fact. The dark side of Franco may have emerged when Tom arrived back in Port Charles. But Franco backed down, he let Tom go and he is desperate to be a better man, a man deserving of Liz’s love and trust.

As Franco searches for the truth he is willing to leave Liz alone to deal all the information that has been thrown at her. It’s not going to be easy for Liz to believe Franco didn’t kill Tom after Franco confessed to locking Tom in a dog crate.

‘General Hospital’ spoilers tease that Franco will find clues that reveal that he wasn’t the only person who had contact with Tom on the night he died.

Uncertain of what he should do, Franco will turn to his father Scott Baldwin [Kin Shriner] for advice. There’s more to the story and what Franco finds may cause both he and Liz to face challenging situations.

Who do you think killed Tom?  Let us know in the comments below and don’t forget to check Soap Opera Spy for more General Hospital spoilers and news.