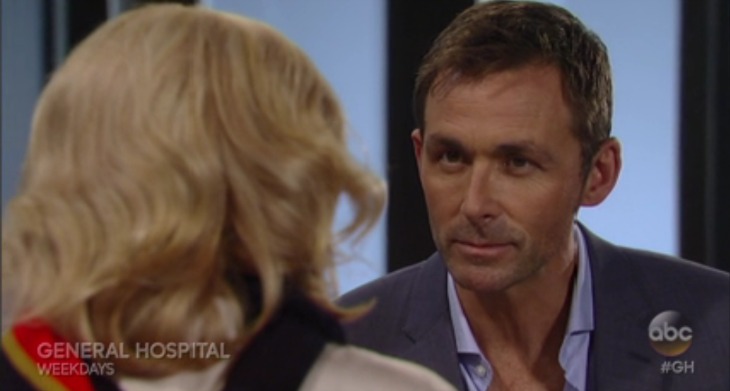 Ever since the fire nearly claims Ava Jerome’s (Maura West) life, she has struggled to accept her fate. While this week her decision probably won’t cost her life, it could put her in harm’s way.

ABC Soaps In Depth shared that Ava cannot stop thinking about how the world (or Port Charles) views her. She worries about people see her and if she will ever have her beauty back. It pushes her to do the unthinkable and accept Valentin Cassadine’s (James Patrick Stuart) offer to help her. Will she regret accepting Valentin’s offer?

Ava reaches out, and Griffin puts distance between them

Ava tries to kiss Griffin Munro (Matt Cohen), and he stops her. GH spoilers state that Griffin tells her he cannot kiss her because of his priest vows. Of course, Ava doesn’t believe him and lashes out that he is only using his faith to put distance between them. Ava’s proof is that he slept with Claudette Beaulieu (Bree Williamson) before he left the church.

General Hospital spoilers indicate that Griffin and Ava argue about his lack of affection for her and it results in a hurtful exchange. Griffin made it clear that there was nothing romantic between them, so she accepts Valentin’s offer to help her get her looks back. What could go possibly wrong? 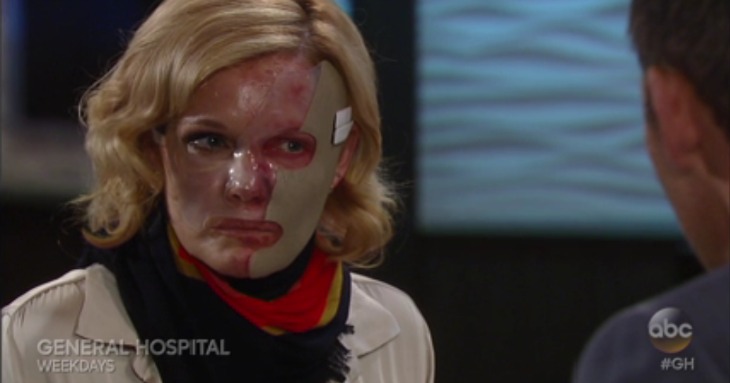 Ava agrees not to testify against Valentin in the upcoming lawsuit. GH spoilers state that more specifically, without Ava’s testimony, Valentin will walk free. Ava was the only person who saw him shot and (presumably) kill Nicolas Cassadine (then Christopher Tyler). She knows this decision will confuse and hurt people around her, but she doesn’t care —she is doing it anyway!

Ava will pay the price

Even though Ava is making a decision that will rock Port Charles, two people will be completely shocked by Ava’s choice. The Spencer women, Laura (Genie Francis) and Lulu (Emme Rylan) will demand an answer to why she decided to not testify against Valentin.

During the week of September 18, Ava’s next phase of her journey, but she won’t be alone. Will her result be worth the price she pays for letting Valentin go free? Stick with Soap Opera Spy for more General Hospital (GH) spoilers, news, and casting updates!

Days of Our Lives Spoilers: Steve and Kayla’s Future Teased, Will Stayla Get Through Latest Drama?