Days of Our Lives Spoilers: Steve and Kayla’s Future Teased, Will Stayla Get Through Latest Drama? 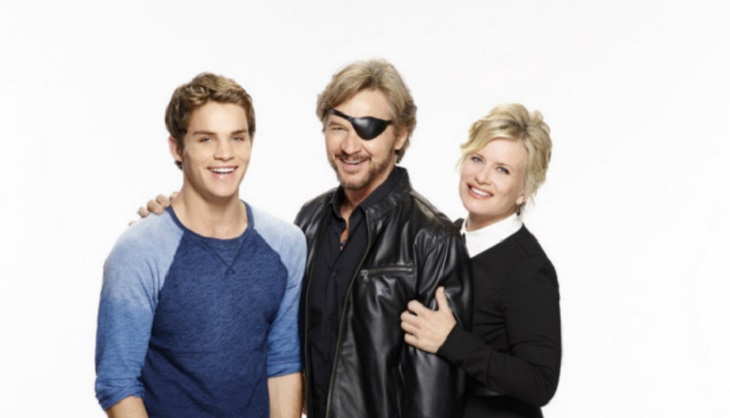 “Days of Our Lives” spoilers for fall 2017 tease the future of “Stayla.” Right now, Steve “Patch” Johnson (Stephen Nichols) and Kayla Johnson (Mary Beth Evans) are at odds. It all has to do with Joey Johnson (James Lastovic) going to prison and Tripp Dalton’s (Lucas Adams) actions. Can they get through this or is it just too much for the doctor?

In a recent issue of Soap Opera Digest, head writer Ron Carlivati revealed hints about what to expect in the next few months. Steve and Kayla were mentioned and fans are curious about their future. Kayla is grieving the loss of her son. He went to prison for killing Ava and Kayla still has not come to terms with it. She is also upset about Tripp’s scheming and the fact that Steve has forgiven the young man.

“Days of Our Lives” spoilers indicate that “Stayla” is forever. They might be going through a rough patch, but they will overcome this hurdle. Carlivati explained that it is difficult to find a more solid couple in daytime television. That is a huge hint that he plans on keeping them together.

As for Steve and Kayla’s future, it will have to include Tripp. The character is trying to make amends for what he has done However, Kayla refuses to forgive him and even rejected his huge donation to the hospital.

Some fans have mentioned that it is ironic that she won’t accept his offer, but had no problem accepting money from the DiMeras.

In the next few months, expect a twist to resolve things with the Johnson family. “Days of Our Lives” spoilers tease that Tripp will be tested. The situation will force him to do something that may earn his place back in Kayla’s good graces.

Related: Eric Decides To Leave Salem, Find Out Why

For her to forgive Tripp and accept him as family, it must be something huge. The only way the doctor will ever accept Steve’s son is if he saves or protects someone Kayla cares about. Even though Joey is gone, we are speculating it has something to do with the imprisoned Salemite.

What do you think is going to happen with Steve and Kayla? How will Tripp redeem himself?

All My Children Alum Mark LaMura Passes Away