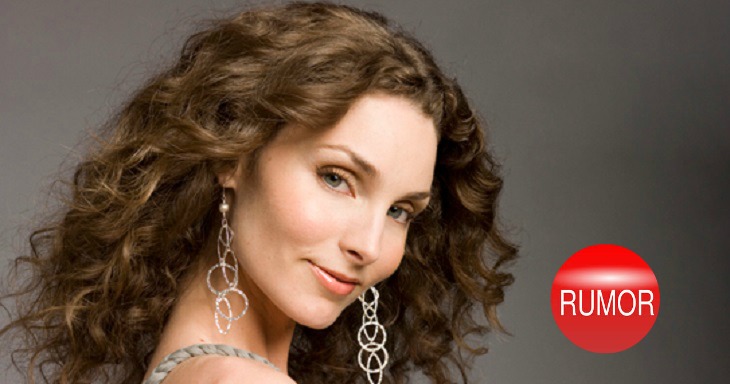 Is there about to be a star-studded, “All My Children,” reunion at, “General Hospital?” If a hot new rumor is true, GH could be about to gain an influx of former, popular ABC soap stars, starting with Alicia Minshew (ex Kendall Hart Slater)!

When ABC’s super soaps, “All My Children,” and, “One Life to Live,” were canceled several years ago, Prospect Park picked up the rights to the shows and aired them on Hulu. Both shows were given cast and storyline overhauls that made them unrecognizable to their audiences. Not surprisingly, the juiced-up shows never caught on.

ABC once again has the rights to AMC and OLTL, and rumors about the shows, and their characters, are running rampant! Social media is buzzing about the possibility of one or both shows returning to the airwaves.

There’s also speculation about popular characters being blended into GH, the only remaining ABC soap. It’s been done in the past, when OLTL characters Todd and Starr Manning (Roger Howarth, Kristen Alderson) and John McBain (Michael Easton) appeared briefly in Port Charles.

Now, Minshew is fanning the flames that her former character Kendall, daughter of the legendary Erica Kane (Susan Lucci) could be next to pop up in Port Charles.

In a recent interview with Soapcentral.com the actress expressed definite interest in reviving the vixen character with a heart of gold.

Related: Julian Jerome’s Future On GH Up In The Air – Will William deVry Renew Contract?

Minshew gave loyal soap fans hope when she said she was not opposed to portraying Kendall on GH, and proclaimed that Kendall was one of the best roles she’d had in her career.

“So it’s a hard one to top,” she stated, “but if someone brought her back to another show? That’s very interesting…I say why not!”

What do you think soap fans? Would you like to see Minshew on GH, possibly trading barbs with Rebecca Budig (Hayden) who portrayed her former nemesis Greenlee on AMC?

Let us know what you think in the comments section below!

The rights to both defunct soap operas – ‘One Life to Live’ and AMC have reverted back to ABC and an ABC exec recently revealed that they are discussing what to do with those rights. The current discusssion revolves around using some of the characters on ‘General Hospital’.

WATCH: ‘The Bold and The Beautiful’ Preview Video Monday, January 16