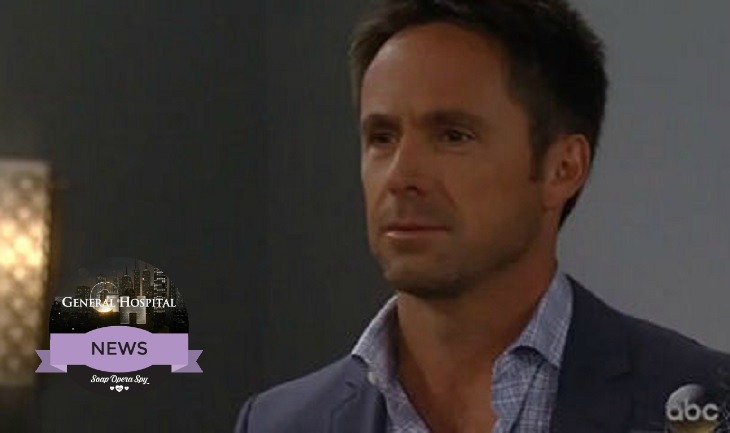 General Hospital’s William DeVry, known for his part of Julian Jerome on the soap, is due to renew his contract later on in the year.

Although, William DeVry’s contract renewal is five months away he has revealed in the latest issue of ABC’s Soaps In Depth that he is not quite sure what he is going to do. The actor said “You have to cross that bridge as the world unfolds before you- that’s all you can do in daytime.” So with those words it seems he is very unsure of his future at the time.

Related: Maxie And Nathan’s Wedding Day Shocker – Will Naxie Make It Down The Aisle? (GH Promo)

William DeVry plays the part of the bad boy Julian Jerome who is mixed up in the mob.  The part of Julian, a mob boss has been a very big part of General Hospital’s storylines. Without Julian on the show, who would keep Sonny Corinthos (Maurice Benard) on his toes?

Also, a mob boss! There’s always Ava Jerome (Maura West) Julian’s sister, but she has backed away from that lifestyle just a bit lately.

Hopefully, William DeVry will decide to stick around. The Julexis (Julian & Alexis) fans will be very disappointed to see him go. A lot of people are rooting for those two to get back together. Julian himself is giving it all he has to make that happen. Would you like to see Julian and Alexis back together?

Very soon Julian’s sister Olivia Jerome (Tonja Walker) will be back in the picture and it only makes sense to keep him around to share scenes with her, but it is up to William to decide. There’s still plenty of time left for that to happen.

We have slowly been losing some of the great actors on General Hospital. Just this past year Tyler Christopher, Bryan Craig and Teresa Castillo’s leave impacted fans in huge way. We definitely do not need to lose anyone else.

How would you GH viewers feel if there was no Julian Jerome on the show? Of course, the part can always be recasted but it’s just not the same. In the meantime, stay tuned to ABC’s General Hospital to see how the storylines with Julian Jerome unfolds.

‘Days Of Our Lives’ News: Lucas Adams’ First DOOL Air Date Revealed – Patch And Ava’s Son Back From The Dead!

‘The Young and the Restless’ Spoilers: Phyllis In Contact With Ravi – Jack Should Take Ashley’s Advice