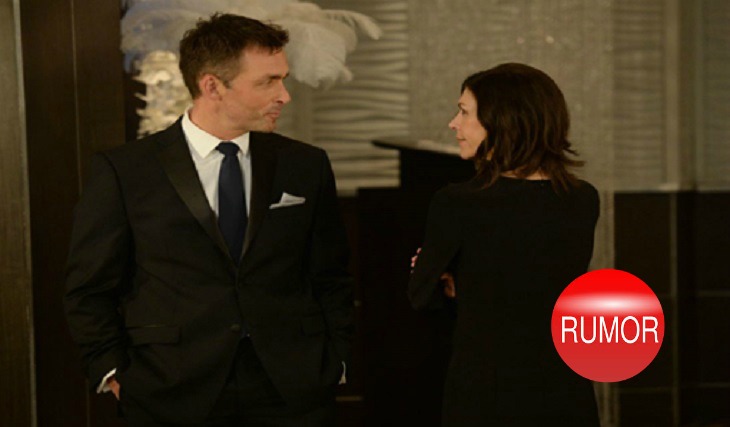 ‘General Hospital’ rumors tease that Anna Devane (Finola Hughes) soon remembers a shocking new memory. For the past few weeks, viewers have observed as Anna has been struggling with a missing memory that seems to circle around a man that Anna Devane seems to hate with a vengeance, Valentin Cassadine (James Patrick Stuart).

Anna’s suspicions all began with a certain hum that seemed all too familiar and appeared to send chills up Anna’s spine. As of recent, Valentin has been toying with Anna and torturing her since he knows something she does not and has refused to budge and tell her anything. It looks as though Anna is getting closer and closer to something- very big!

We saw during the Nathan West (Ryan Peavey) and Maxie Jones (Kristen Storms) wedding, where Anna was in attendance and during the moment when vows were being exchanged, Anna suddenly had a memory flash of a man, which appeared to be Valentin Cassadine assaulting her and Anna attempting to get away.

After this shocking memory has surfaced, Anna will now be convinced that Valentin did something to Anna- she will presume that he sexually assaulted her years ago.  But did he really? Could this in fact be what occurred? And if this is true, this could lead to another shocking revelation yet to be foretold.

We know that the familiar hum that Anna recognized must mean something.  Of course- a hum usually is something that is sung to a baby or a child. It is being speculated by many internet sources that the other shocking truth that has yet to be revealed is that Robin could turn out to be Valentin’s daughter. If this is true- could Robin be the result of a sadistic crime or perhaps Anna and Valentin once had an affair that turned abusive and she escaped from the terror and she just cannot recall it because it was so horrific for her emotionally?