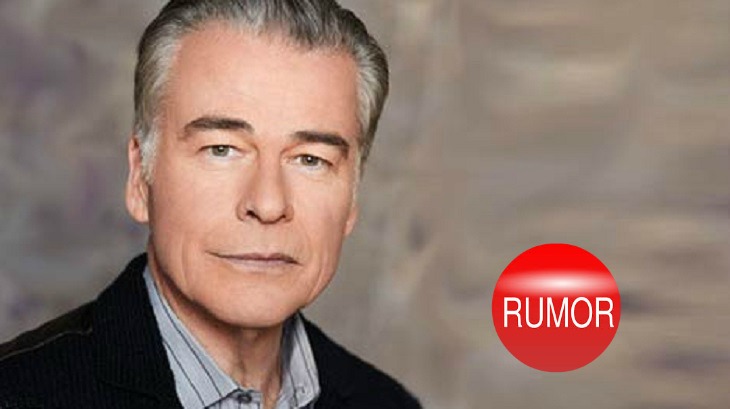 Could it be? Is it conceivable? Has death been cheated once again?  The recent return of Olivia Jerome (Tonja Walker) who had been thought long dead herself, has kick started the General Hospital rumor mill into serious overdrive.

Ms. Jerome revealed to the audience on General Hospital that not only was she alive but her longstanding and insane obsession with the murdered Duke Lavery (Ian Buchanan) had survived as well.

GH viewers saw her twisted shrine to the murdered Scotsman, made up out of cut photos of Duke and his beloved Anna Devane (Fiona Hughes), with Olivia’s face and image substituted for the WSB super spy. At that point, speculation into Duke’s fate began.

Yet to be revealed is how Olivia survived her own seemingly fatal gunshot wound at the hands of her brother Julian Jerome (William DeVry).

Considering that Duke’s death was at the hands of the late Carlos Rivera (Jeffrey Vincent Parise), a low level gangster with deep and longtime ties to the Jerome crime family. It is not out of the realm, that perhaps Olivia was orchestrating a hoax.

Viewers have witnessed first hand how Julian has been controlled and manipulated by his sister, into committing all sorts of nefarious acts. Is it possible that Olivia coerced Carlos and or Julian to stage Duke’s death?

More things to consider in Olivia’s unfolding plans for the citizen’s of Port Charles. Is Olivia aware that Duke has a son he never met? Dr. Griffin Monroe is Duke’s child by an unnamed woman. Is it possible that Griffin knows Olivia?

Again this is all rumor and speculation but the possibilities are ripe and plentiful in this surprising storyline.

For instance, viewers also got to see that Olivia’s intense hatred of Anna has survived over all these years as well.
What horrible fate does Ms. Jerome have in store for the unsuspecting Anna? These two women share a tortured and violent history. Let’s not forget that Olivia is directly responsible for the death of Duke And Anna’s unborn child years ago. Luring Anna into a sabotaged elevator, resulting in a devastating crash and subsequent miscarriage is not something you ever get over or forgive. Let’s just say when these two see each other again, it is going to be must see TV.

Right up there with that face off is the one that will happen between Olivia and her younger half sister Ava Jerome (Maura West). How does the older Jerome sister feel about her younger half sibling? You can bet it won’t be a peaches and cream meeting. Ava vs. Olivia, is there a set at ABC big enough for this powerhouse sibling meeting. Ava is fairly loyal to big brother Julian. So it’s not a stretch to think that Ava won’t take to kindly to Olivia’s treatment of Julian.

What about the children of Julian and Ava? Are Sam (Kelly Monaco), Lucas (Ryan Carnes), Kiki (Hayley Erin) and babies Avery and Leo, on a hit list? Could Olivia have benevolent feelings for her nieces and nephews, instead of homicidal?

This storyline is filled to the brim with possibilities. Could Duke be held by Olivia, alive and well? Longtime viewers know full well that the dashing Mr. Lavery has cheated the grim reaper more than once.

How glorious would a reunion of Anna and her beloved highlander be? Could Griffin finally meet the father he has only heard about? Could young Dr. Monroe be another obsession for Olivia to fixate on?

Might we the viewers even be treated to the return of Robert Scorpio (Tristan Rogers), he who was the proverbial thorn in Olivia’s side?

How will the ever-vigilant Jason Morgan (Billy Miller) fit into Olivia’s schemes? She has already ordered him eliminated.  That has always proven to be a task that is easy to order and neigh impossible to accomplish.

Is there room for two Olivia’s in Port Charles? Will Olivia Falconeri (Lisa LoCicero) serve up some of her homemade pasta, to her son Leo’s aunt Olivia? Don’t forget Leo’s police detective brother Dante Falconeri (Dominic Zamprogna). You can be sure he’s got his little brothers back. Port Charles may never be the same.

‘The Young and the Restless’ Spoilers: Cane Not Thrilled By Lily’s Modeling – Marriage Trouble To Come?